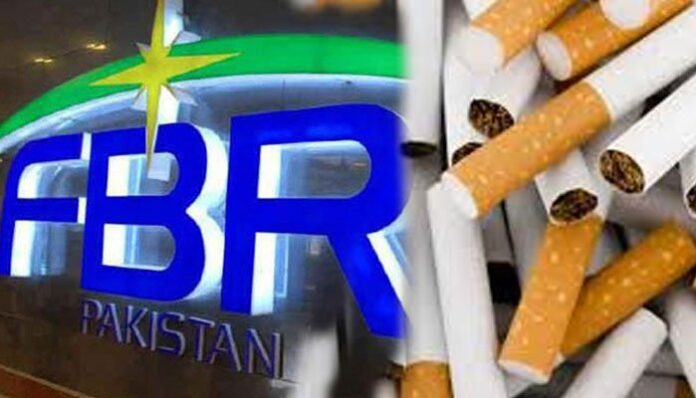 The Society for the Protection of the Rights of the Child (SPARC) has asked the government to increase tax on tobacco products as it is the most effective strategy to safe public health and generate revenue.
The local NGO organized a program  titled “Tobacco Taxation: Big source for huge Revenue” at a time when Pakistan has seen unprecedented hike on petroleum, gas and electricity prices and government is struggling to keep the subsequent rise in cost of commodities in check.
Malik Imran Country lead for Campaign for Tobacco Free Kids, said that Prime Minister Shehbaz Sharif and his cabinet members have repeatedly stated that the government won’t shy from taking unpopular decisions to strengthen Pakistan’s economy.
In order to fill the state’s coffers, government has tried raising petroleum prices and reducing imports but one of the biggest sources of revenue remains untapped.
Imran alluded to tobacco taxation which has remained stagnant in Pakistan for the last 4 years.
He mentioned that the use of tobacco causes annual an economic burden of 615 billion which is 1.6% of Pakistan’s GDP. On the other hand, the revenue generated from the tobacco industry is 120 billion.This situation calls for an immediate increase because in Pakistan, tobacco products are being sold at lower rates compared to other South Asian countries
Khalil Ahmed Dogar, Program Manager, SPARC said the there’s no justification for not raising taxation on tobacco products which are non-essential and hazardous items and cause 170,000 deaths every year. On an average, Pakistani smokers spend 10% of their average monthly income on cigarettes. Due to cheap and easy affordability nearly 1200 children begin smoking every day in the country. A struggling economy such as Pakistan can’t afford this much loss of precious human and finance resources. Therefore tobacco products should be heavily taxed as it is the most effective strategy to safe public health and generate revenue.
Shariq Mahmood Khan, CEO, Chromatic Trust, stated the according to the government all of the price increment decisions have been taken in the light of Pakistan’s international commitments. Mr Shariq stated that Pakistan is a signatory of WHO Framework Convention on Tobacco Control which has repeatedly recommended Pakistan to increase taxation on tobacco products in accordance to inflation.
The government needs to implement this recommendation which will not only generated much needed revenue but also reduce tobacco consumption.
- Advertisement -
Facebook
Twitter
Linkedin
WhatsApp
Email
Previous articleIntention for equity injection up to Rs12bn in SILKBANK
Next articleNEPRA grants wholesale electricity licence to CPPA-G