Redelivery of the two aircrafts has faced continuous delays because of negligence and travel restrictions. 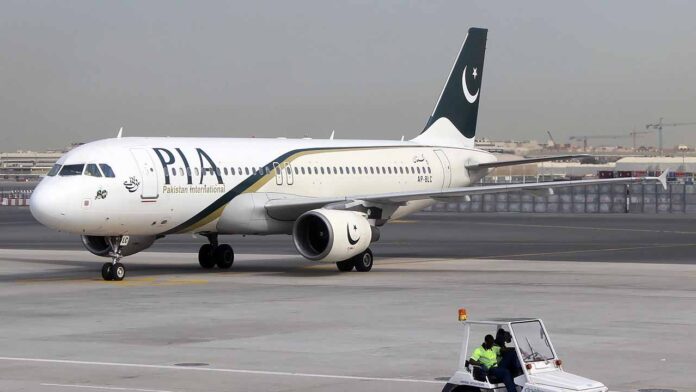 Pakistan International Airlines (PIA) is currently paying a cumulative $600,000 monthly rental fee for two Airbus A320 planes that have been parked in Jakarta for the past nine months and are not being used by the national air carrier. The rent of each plane is $295,000 a month.

Subsequently, the PIA has ended up spending millions of dollars on the two planes because of a serious delay in the redelivery process of the planes – after the company that leased PIA the planes claimed that the PIA had replaced parts in the plane and had not conducted a vital ‘C Check’ before returning the planes.

As of now, the PIA has not paid any of this money since the payments will be made in the final settlement with the lessor.

In conversations with Profit, a PIA spokesperson has admitted that there has been a delay in redelivery and that the PIA has been paying the $295,000 rental fee even though they are not using the planes. The spokesperson blamed covid, travel restrictions, and a legal dispute in the middle for the delay.

Sources close to the matter have also claimed that PIA employees have been taking junkets to Jakarta where they are staying free of cost on taxpayers dime. The PIA, however, has clarified that supervisors need to be sent to Jakarta to keep an eye on repair-work on the planes because they are being undertaken by a third party contractor.

It is worth mentioning that the PIA is the single-biggest loss making enterprise owned by the government of Pakistan and has already been bleeding billions of rupees every year. It faced losses of Rs 50 billion during the calendar year in 2021 – up by 47 percent compared to the Rs 34.6 billion in losses it incurred in 2020. The total accumulated losses of PIA have been rising and stand in the range of Rs 400 to Rs 500 billion.

In 2015, Pakistan leased two Airbus A320 planes for a period of six years. The planes were leased at a monthly rent of nearly $550,000 according to a spokesperson of the PIA – which includes rent for the plane, maintenance costs, as well as insurance.

For the next six years, the planes flew as part of PIA’s fleet registered as planes APBLZ and APBLY. Now, this is a regular practice for the PIA. Most of the planes that we have are older models that have been leased from companies. The two A320s in question, for example, had their first test flights in France in 2006. They were then flown for a while as part of AirAsia – the Malaysian multinational air carrier.

Normally, the PIA has leased planes that are so old that they simply buy them off the original company they leased them from. In this case, the company that owned the planes did not want to sell the planes – even though the PIA made an offer. “We tried to buy the planes but then the company said they needed them so it was time for redelivery,” says the PIA’s spokesperson.

Now, to be fair to the PIA the redelivery process is not a simple one. It can at times take up to a few months, and until it is complete the airline that leased the planes is expected to continue paying rent for the plane minus its maintenance cost since the plane is grounded.

When it was time to return the plane, the PIA asked the company to come and inspect the A320s in Pakistan. However, because of Covid travel restrictions and security issues, the company asked that the inspection be conducted by a third-party mutually hired by the two and FL Technic was chosen for this job – a global provider of aircraft maintenance, repair and overhaul services, headquartered in Vilnius, Lithuania.

The plane was taken to Jakarta, where it was thoroughly inspected. According to our source, the plane did not undergo a C Check before leaving – which is a vital inspection. When it got to Jakarta, it became clear that the plane would require repairs. The plane arrived in Jakarta via Kuala Lumpur on September 19th 2021 via ferry.

In the nine months since, the plane has still not been fixed. “We had initially asked that the team come to Pakistan to inspect the plane but then because of travel restrictions and security concerns Jakarta was chosen. There is an engineering facility there and we have been paying the rent for the plane but nothing else – the parking fee is covered.”

According to a different source that spoke to Profit, the parking fee is not free but has been covered as part of the money that is being paid to FL Technic and to the engineering facility in Jakarta. “This entire fiasco is bleeding PIA dry right now. We are paying half a million dollars a month for planes we are not even using. And that too at such a critical time. On top of this PIA employees are going around to Jakarta on junkets with their families in tow. It is criminal”

The PIA, on the other hand, admits that there has been a delay but says there is an explanation. “For the first four months from September 2021 to December 2021, there was a legal payment dispute that was going on during that time. After that, the dispute was resolved amicably. Since then, there have been further delays because of covid restrictions. Yes, it is late and we are paying this money but it is necessary. PIA is holding up its end of the bargain,” says their spokesperson.

However, even if we assume that for the first four months no payments were being made because of the legal dispute, in the five months since the PIA has bled upwards of $3 million just on paying the rent for two planes they are not using. If they have been paying for those first few months as well, the total amount spent is over $7 million.

“As far the junkets are concerned, PIA does have to send a supervisor to watch over the work FL Securities are doing and all of that is covered under our contract with them,” says the PIA spokesperson.

The spokesperson has later added that no payment has been made as of yet in this regard to the company from which the planes have been leased. Any amount arising in terms of rental shall be adjusted in the final statement with the lessor.