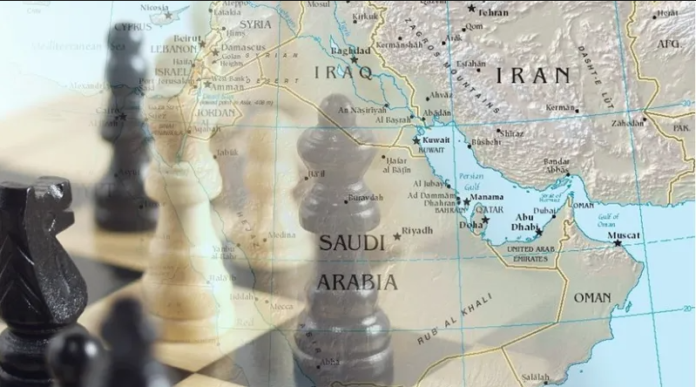 U.S. President Joe Biden this week travels to the Middle East where he will meet leaders of Israel and nine Arab States, including Saudi King Salman bin Abdulaziz and his successor Crown Prince Mohammed bin Salman. Starting with a visit to Israel, from where Biden will travel to Saudi Arabia, this trip comes at a critical juncture, not only because of the ongoing global energy prices that has fueled inflation and pummeled Biden’s approval ratings, but also because of rapidly shifting geopolitical sands in the region. A key focus of the visit will therefore be focused on Washington’s role in the region, especially given regional powers’ concerns about a belligerent Iran, the ongoing nuclear talks between Washington and Tehran, and the U.S. desire to pivot away from the Middle East and towards the Indo-Pacific.

There has been a lot of debate within the Biden administration about the trip, particularly with regards to the president’s meeting with Crown Prince Mohammed bin Salman (referred to as MbS). While there has been sustained pressure on the administration – both within and outside the president’s party – on several fronts with regards to its Saudi policy. This includes human rights concerns in Saudi Arabia, the war in Yemen, and the murder of Washington Post journalist Jamal Khashoggi in 2018. Biden has also found himself in a bit of a quandary due to his past remarks about MbS: the U.S. president has referred to MbS as a ”pariah” and has vowed to singularly focus on dealing with the Saudi king and not his successor, who has in recent years emerged as de facto ruler of the Kingdom. When asked about his potential meetings in Saudi Arabia during the NATO summit in Madrid, Biden offered a jumbled response, saying that the meeting is “in Saudi Arabia, but it’s not about Saudi Arabia.”

Economic realities, however, have forced a change of heart in Washington, with the Russian invasion of Ukraine upending global energy markets and Biden’s approval ratings, which currently hovers around 38 percent, below that of Donald Trump’s ratings two years into his presidency. This has increased Saudi leverage and enriched the Kingdom, meaning that it is able to extract a better bargain from the Biden administration in lieu of increasing oil production.

The Saudis are also not the only ones looking to strike a better deal with Washington. There is a broad recognition in the region that the U.S. is going to continue reducing its footprint in the region, thereby significantly curtailing U.S. ability to be a net security provider. As a result, regional powers led by Israel and the United Arab Emirates are doubling down on cooperation, with the Saudis playing more of a background role in moving things along. Washington’s desire to reenter a nuclear agreement with Iran is adding to the sense of urgency, as regional powers are united in their view of Iran as a revisionist actor seeking regional hegemony.

Biden is likely to encourage Arab states, especially Saudi Arabia and the UAE, to continue building ties with Israel. This will also be a part of a push towards deeper defense cooperation among these countries as they seek to cooperate on strategies that help defend against Iranian drone and missile attacks. Biden may also offer to increase defense cooperation with Saudi Arabia – which is flush with cash due to the oil price spike – provided the Kingdom agrees to move forward in bringing the conflict in Yemen to an end.

A virtual summit between the U.S., Israel, India, and UAE is also scheduled, once again underscoring Washington’s desire to bring regional powers together. The summit signals the push towards the creation of a western Quad, which was launched in late 2021. This grouping of countries has increasingly focused on more economic issues, including digital infrastructure and technological cooperation. A web of free trade agreements is already taking shape among these countries, with the UAE having an agreement in place with both India and Israel; an India-Israel agreement is currently in the works.

This upcoming trip is yet another indication of the fact that the unipolar moment the world experienced after the collapse of the Soviet Union is coming to an end. The emergence of a multipolar world means that regional powers are exploring mutually beneficial agreements that would have been impossible even a decade ago. Washington has also recognized that it will have limited capacity to entangle itself in regional battles moving forward, especially as it seeks to win a strategic competition with China.

Recognizing this shift, Middle Eastern powers, led by Saudi Arabia, UAE, and Israel, are rapidly adjusting their diplomatic and economic posture, seeking to move beyond historical issues to deal with emerging challenges. The next few days will see a flurry of announcements on the back of these high-level meetings, and these announcements will only accelerate the pace at which the regional geopolitical chessboard evolves to grapple with the challenges and threats of a multipolar world.