With 20 applicants including big banks in the race for a license, uncertainty looms for digital banks 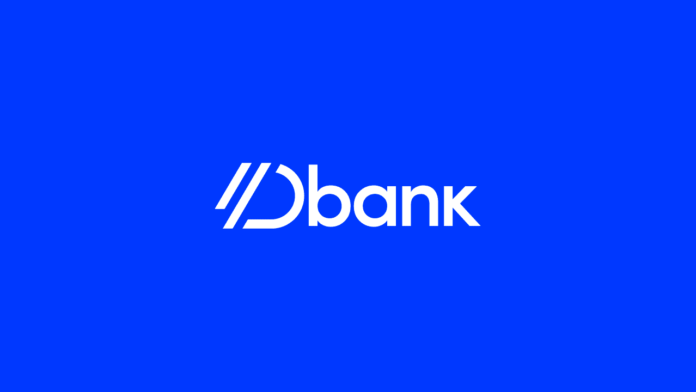 LAHORE: Pakistan’s fintech company Dbank, which aspires to become a digital bank, has secured the backing of Sequoia Capital, one of the most prominent venture capital firms in the world in its seed round.

The round also includes participation from angel investors who have worked at companies such as Google, Goldman Sachs and Stripe.

Founded in 2021 by Tania Aidrus, a former Google executive and SAPM on Digital Pakistan under PTI government, and Khurram Jamali, also a former Google executive, Dbank is seeking a digital retail bank license after the State Bank of Pakistan (SBP) announced the licensing and regulatory framework for digital banks in January this year.  Under the regime, the central bank may grant two types of licences: Digital Retail Bank (DRB) or Digital Full Bank (DFB) licence for conventional and Islamic banking.

Dbank is in the running to secure a DRB license. The competition for the license has been stiff with 20 applicants in the line, of which only five companies will be awarded a license this year by the regulator.

Besides Dbank, those reported to be in the race to secure a digital bank license include HBL, UBL, Bank Alfalah, JS Bank, South African digital retail bank TymeBank, JazzCash and Tajikistan’s Alif Bank.

According to a statement, Dbank plans to make formal financial services accessible, transparent, and friendly for everyone so that when financial needs arise, they can access capital without being exploited.

“Pakistan is home to around 6% of the world’s unbanked population with over 110 million adults (79%) currently unbanked according to a World Bank report, of which women make up 82%. This makes Pakistan the third largest unbanked country in the world after China and India,” Dbank said in a statement.

“This narrative has to change and that is only possible if we create access to financial products that are user-centric, incredibly simple and empowering. We want our users to be in control of their money and to make informed choices”, Tania Aidrus said, sharing her vision behind why they founded Dbank.

For digital banks, the opportunity to serve customers lies in lending and value added services. According to an earlier report by Profit, the avenues for lending are much smaller, however, since the corporate and government lending is and clutched by legacy banks, leaving only consumer and SME financing open for rest of the players.

Both consumer and SME financing are high risk, with microfinance banks reporting high NPLs. Both these segments have not been penetrated by legacy banks for one reason or another but can be penetrated easily if they see digital banks growing big in these segments.

Besides lending, services such as P2P payments, bill payments and bank transfers are hygiene factors which have to be provided in a robust manner and can not be considered as the basis for creating commercial viability.

On the other hand, the sources of deposits for any new entrant are significantly less. Pakistan has an uneven distribution of wealth and the top 10% population has accumulated the majority of the wealth.

The top 10% has been been occupied by banks which forms the Rs17 trillion worth of total industry deposits. For digital banks, the avenue to attract deposits remains the bottom 90% of the depositors which occupy only 10% of the wealth.

The bottom 10% are the financially excluded which the banks do not chase because serving them comes at a cost higher than the money that can be made off of them. Experts in Pakistan’s financial services sector have told Profit that it is going to be a while before any digital bank would be able to tap into the deposits of legacy banks.

Digital banks would have a cost advantage, however, since all their services will be offered through digital channels and not the physical brick and mortar establishments, but in the absence of a big deposit base to tap and not many avenues for lending, digital banks face an uncertain future.

Logistics startup Trax laid off about 50 employees on Friday, with more layoffs on the cards as the logistics company rationalises its operations to...
Read more
FEATURED

In its ambition to buy a bank, has Pakistan’s fintech poster-child killed itself?

In trying to make TAG the only fintech company with a full banking licence, Talal Ahmad Gondal may have made the worst mistake of his life. Profit looks at the entire TAG saga.
Read more
- Advertisement -