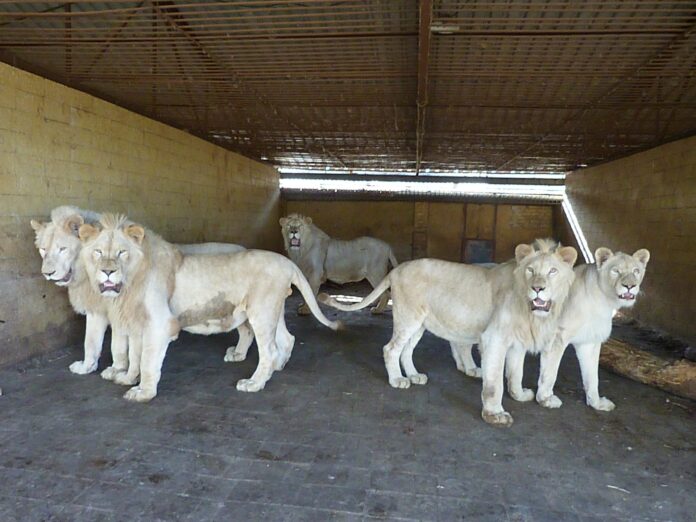 On the 2nd of August this year, Lahore’s Safari Park Zoo announced that it was auctioning off 12 African Lions. The news garnered a lot of attention, particularly from animal rights groups that called out the auction and the trade of exotic animals that has run rampant in Pakistan over the years. The auction itself was completely legal, particularly since it was taking place among a select group of registered lion breeders in Punjab. But just because it was legal, does not make it right.

You see, Pakistan has a lion problem. And the problem is that it is ridiculously easy for anyone to find and buy a lion cub on the market, raise it in their home, and then keep it as a pet in cruel conditions. The system by which these lions are bought and sold is painfully simple, and no laws exist to make owning these creatures that belong in the wild illegal.

There are, of course, some official restrictions but they are easily circumvented. Essentially, lions are bred in an official capacity by breeders registered with the wildlife authorities and the FBR. These registered breeders raise and breed big cats like lions and tigers and then sell them ahead to anyone that wants to buy them.

The law of the land requires that anyone buying these animals adheres to a specific set of SOPs, which includes having a certain amount of space to keep the animals in, and other such conditions. In practice, while the wildlife department claims they have agents constantly checking in on lion owners, these creatures are often kept in callous conditions. Owners that have nothing about their care and are afraid of the beasts remove their nails and teeth, giving them food that is not meant for them resulting in an incredibly poor life for these animals.

How to buy a lion