Inflation rate to come down from next month: Miftah 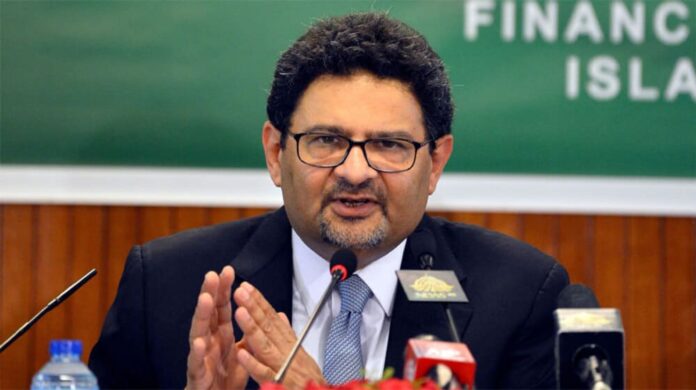 ISLAMABAD: Federal Minister for Finance and Revenue Miftah Ismail Wednesday hinted at slow down in the inflation rate from next month.

“The nation would have to bear the higher rates for one more month”, he said while addressing a press conference here along with the Defence Minister Khawaja Muhammad Asif.

He said former Prime Minister Imran Khan did not follow the commitment made with the International Monetary Fund (IMD) especially with regard to subsidies on electricity, gas and petroleum products.

The finance minister said the PTI government had put Pakistan’s economy on the verge of default and Pakistan was on fourth number of the defaulting states.

However, he said due to the prudent policies of the current coalition government, the country had come out of crisis.
Miftah Ismail said Imran Khan government did not work on the renewable energy including the solar energy. “Had he worked on the installation of solar energy, the rates of the electricity would be much lower now”, he said adding that if the electricity load shedding is reduced to zero, the prices would further increase which the government might not afford.

To a question, the minister maintained that the prices of petroleum products were directly linked to the international market therefore, he was unable to predict the future prices.

He said due to floods, shortage of some commodities including tomatoes and onion was witnessed due to which the prices increased but now they were coming down.

To another question, he said the government was in contact with the IMF with respect to the devastation caused by the recent floods.

He said the damage needs assessment of the floods had not finalized yet, and the government was working with the World Bank to provide the reliable and occurate assessment of losses in recent floods.

Replying to a question with respect to trade with India, the minister informed that the All Pakistan Textile Mills Association (APTMA) was asking the federal government to allow import of cotton from India but the minister said it the government had not taken any decision in this regard.

He said the commodities such as tomatoes and onion were being imported from Afghanistan and if the market gets stable with this import, the government would not need to import the commodities from India.