Policy rate hiked to 24-year high leading up to 9th review of IMF tranche; to bridge the gap in negative real interest rate 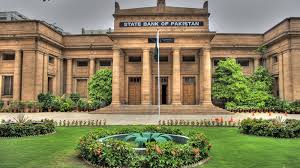 KARACHI: In a meeting by the State Bank of Pakistan (SBP), the Monetary Policy Committee (MPC) decided to hike the policy rate on November 25 by 100 bps to 16% due to stronger than expected and persistent inflationary pressures. Market participants did not expect a hike.

“It is aimed at ensuring that elevated inflation does not become entrenched and that risks to financial stability are contained, thus paving the way for higher growth on a more sustainable basis,” said the Monetary Policy Statement (MPS).

“Looks like the SBP is more concerned with rising inflation. Moreover, IMF talks for the next tranche is underway and is delayed. This may have also compelled the committee to take this step to fight inflation,” says Mohammed Sohail CEO of Topline Securities.

Samiullah Tariq, Head of Research at Pak Kuwait Investment Company says, “I think it [the rate hike] was unexpected, but looking at global central banks, it seems in line.”

The statement highlighted that amid the ongoing economic slowdown, inflation is increasingly being driven by persistent global and domestic supply shocks that are raising costs.

“In turn, these shocks are spilling over into broader prices and wages, which could de-anchor inflation expectations and undermine medium-term growth,” read the statement.

The committee felt that the rise in cost-push inflation can no longer be overlooked and necessitates a monetary policy response.

Regarding looking forward, the MPC comments, “While inflation is likely to be more persistent than previously anticipated, it is still expected to fall toward the upper range of the 5-7% medium-term target by the end of FY24, supported by prudent macroeconomic policies, orderly Rupee movement, normalizing global commodity prices and beneficial base effects.”

“The MPC noted that the short-term costs of bringing inflation down are lower than the long-term costs of allowing it to become entrenched. At the same time, curbing food inflation through administrative measures to resolve supply-chain bottlenecks and any necessary imports remains a high priority.”

The MPC noted inflation increased sharply in October due to electricity prices and food prices as a result of crop damage in the recent floods. Despite some remedy in the current account deficit in September and October due to declining imports; and fresh funding from the Asian Development Bank, the MPC noted that external account challenges continue to persist.

While the current account deficit continued to moderate during September and October, reaching $0.4 and $0.6 billion, respectively, this improvement was mainly driven by a broad-based 11.6% fall in imports to $20.6 billion, with exports increasing by 2.6% to $9.8 billion.

Declining remittances, however, keep adding to the widening gap between the interbank and open market exchange rates.

“On the financing side, inflows are being negatively affected by domestic uncertainty and tightening global financial conditions as major central banks continue to raise policy rates,” notes the MPC.

The MPC expects the current account deficit to remain moderate in FY23, and expects foreign exchange reserves to improve gradually as anticipated external inflows from bilateral and multilateral sources materialize.”

“If the recent decline in global oil prices intensifies or the pace of rate hikes by major central banks slows, pressures on the external account could diminish further,” noted the statement rather optimistically.

“After incorporating the Post-Disaster Needs Assessment of the floods and latest developments, the FY23 projections for growth of around 2% and a current account deficit of around 3% of GDP shared in the last monetary policy statement are re-affirmed. However, higher food prices and core inflation are now expected to push average FY23 inflation up to 21-23%,” said the MPC.

In addition to challenges on the monetary policy side of the economy, fiscal pressures continue to pose a challenge.

Despite the budgeted consolidation for FY23, fiscal outcomes deteriorated in Q1 relative to the same period last year. The fiscal deficit increased from 0.7 to 1% of GDP, with the primary surplus declining from 0.3 to 0.2% of GDP.

The MPC attributes this deterioration largely to a decline in non-tax revenues and higher interest payments.

The MPS adds that in response to the floods, the government has implemented a number of relief measures for the agriculture sector, including mark-up subsidies for farmers and the provision of subsidized inputs.

“The floods could make it challenging to achieve the aggressive fiscal consolidation budgeted for this year, but it is important to minimize slippages by meeting additional spending needs largely through expenditure re-allocation and foreign grants while limiting transfers only to the most vulnerable,” adds the statement.

The committee further strengthens the need to maintain fiscal discipline to complement monetary tightening. The committee remarks that both would together help prevent “an entrenchment of inflation and lower external vulnerabilities.”