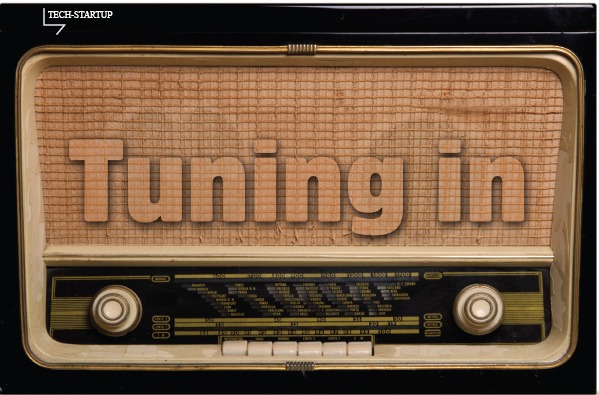 When Raza Rehman Khan started his career at Nestle back in 2007, he was unaware that during his stint there he would stumble upon the idea of providing radio rating research, something pretty much unknown in Pakistan at the time.

While his plan was to work for three years, Khan ended up spending six years working with the multinational giant, first as Brand Manager and then as Communication and Research Manager.

“It was a good learning experience for me. And it was there that I got the idea to establish my own business,” says Khan. Being thoroughly connected with the media and research circles in Pakistan, Khan’s focus was brought towards radio advertisement and the lack of data pertaining to it. With radio advertising costing a lot less than television advertising the choice was tempting, but there was little to go by with. The relevant media group working for Nestle at the time said that no research was available in the market, and that companies generally used the platform of big channels operating across the country to advertise their products.

A new start up

In August 2014, soon after Khan quit his job, he launched RadioScore as the only Radio Audience Measurement company in Pakistan striving to provide a comprehensive radio rating research to its clients.

“There is no competition in terms of radio ratings,” Khan says. “Our sample size sufficiently represents the population even if it seems like a small sample to someone who does not understand the dynamics of sampling. Compare it with the number of meters used for the largest advertisement medium, the television,” he says while responding to a question on how they sample their panel – people with the radio tracking device. According to him across Pakistan, approximately only 900 metres are used by Medialogic to keep track of television channel ratings.

According to Khan, radio penetration in Pakistan’s urban population is 25%

At the moment, RadioScore’s panel consists of 300 members, majority of whom are tracked through mobile phones and the rest through cars. Khan reaches out to these people individually and incentivizes them every six months or so in the form of token gifts for using the tracking device provided by the company.

The recruitment process for these panel members is very stringent and the system used by Khan raises red flags at the slightest change in the radio-listening behaviour of these members. This is done to avoid a fiasco similar to that faced by Medialogic a year ago, whereby allegations of rigged data through collusion of employees and clients were proven to be true.

According to Khan, radio penetration in Pakistan’s urban population is 25%. The term radio penetration refers to the number of people listening to radio on a regular basis. Sampling on this 25% is done through giving weightage to different socio-economic classes. While 85% of the 300 panel members are tracked through smart phones given to them by RadioScore, 8% are tracked through cars and the rest through other devices such as tape recorders.

A client can also audit in order to be sure that the panel size is equal to the one claimed by RadioScore. “I can proudly say that the panel size is such and such and the client is welcome to see if it’s true by auditing our system,” says Khan. However, he also adds that they are unable to provide contact details of their panel members to clients for legal reasons.

Currently, RadioScore is covering four major cities in the country, including Karachi, Lahore, Islamabad and Faisalabad. They are about to launch in Peshawar very soon, which will increase their panel size from 300 to 350. These new members will be tracked through mobile phones.

“We wish to increase the sample size so that our data becomes an even better representation of the population but it costs a lot. Therefore, the expansion is taking place slowly but efficiently,” he claims.

The mobile phones are tailor-made with an inbuilt application that monitors the listening behaviour of users and directly uploads the data on RadioScore’s servers. The mobile phones are a property of RadioScore and a proper agreement is signed between the company and the user to return the phone once the contract ends.

RadioScore earns its revenue through different radio channels that pay for research in order to gauge their own efficiency and to compare themselves with their competitors. The four major radio channels that have subscribed to RadioScore’s service are Hum FM 106.2, Samaa FM 107.4, CityFM 89 and Radio 1 FM91.

Media buying houses like Group M also buy this research from RadioScore and then analyse the data on behalf of their clients for decision-making purposes. This research provides them with consumer behaviours, competitive intelligence and marketing effectiveness.

“Our pricing model is to charge approximately 2% to 2.5% of the media spend from our clients. It is usually divided between the radio channels and media agencies, with radio channels paying a higher chunk of the said percentage,” explains Khan.

He also claims that almost 25% of the total media spend in the radio industry in Pakistan uses RadioScore’s data to gauge and improve the effectiveness of their media campaigns. The major expense heads for RadioScore are panel management, software development, salaries and expansion. The number of employees at RadioScore is 12 but will increase as expansion takes place. Khan says that he directly markets the product to his clients, including media buying houses and radio stations, by convincing them of the usefulness of their data. Khan is completely aware of the shift in dynamics taking place in the advertisement world, from television and radio to online media marketing (digital marketing). He believes that the need to adapt to these changes will grow as technology progresses, but RadioScore would remain in business as long as it adapts to changing dynamics.

“Instead of listening to radio on air, people will shift to streaming radio channels online through their phones and other devices. Besides, radio penetration in the USA is 90% and our country usually follows their trend,” Khan says while citing a research done by Nielson, the radio rating company. Khan remains positive that the change will be very gradual and would thus, allow RadioScore to adapt to it accordingly.

But he concedes to the fact that in Pakistan, radio was losing its share of spend in the advertisement world.