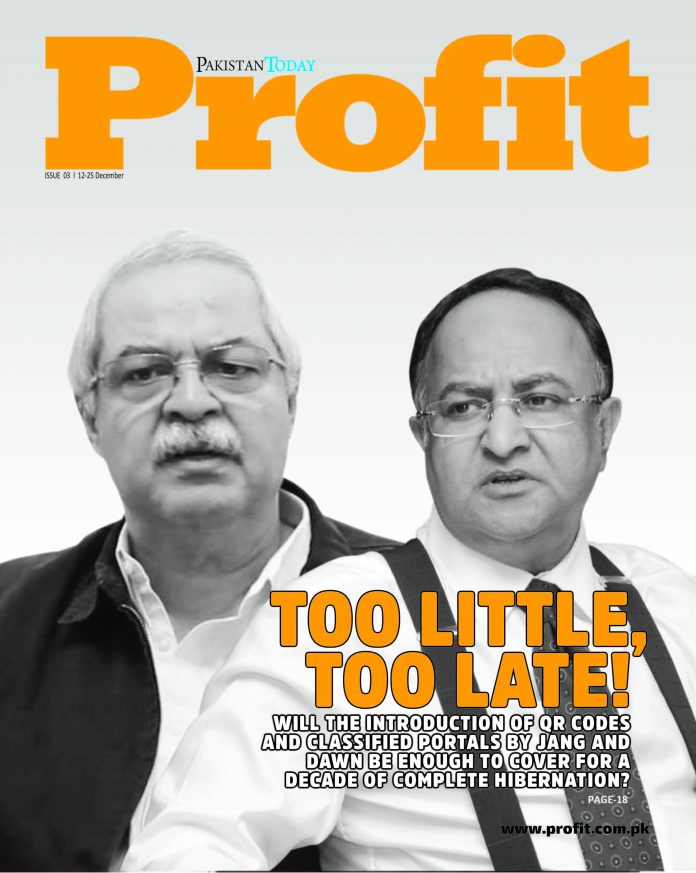 Rivers of gold. That’s what media mogul Rupert Murdoch once said about the classifieds section in newspapers.

Now, though I am definitely no Pakistani Murdoch, but having worked in the newspaper industry for a number of years, the classified ads category has always intrigued me in more ways than one. Yes, they might be brief advertisements listed by individuals for a few hundred rupees as opposed to mega budget ads by the heavy hitters but, interestingly enough, they represent the most demanding client base for newspapers to be able to deal with. Why? Well, the response from these ads is easily measurable. They expect to receive at least 10-20 phone calls and a few visits by potential buyers for their ad. No such clear metrics for the bigger ads. From the newspapers’ point of view, this makes for a classic chicken-and-egg situation. If the newspaper is able to attract these classified ads, but does not receive the required response, new ads may be difficult to come by in the future, hence attracting little buyer attention. A negative feedback loop, if you will. Therefore, response factor for the newspaper deteriorates over time.

In print classifieds, Jang and Dawn had successfully managed to corner the market, more or less, earlier on. This comfortable situation – as comfortable situations often do – led to complacency in these organisations. The disruptive force of new technology doesn’t respect complacency. The Pakistani classifieds giants didn’t need a crystal ball to predict what was just round the corner. All they had to do was to take a look across the border where online classified portals had disrupted the print industry in the early 2000s and prepare accordingly. A response time of ten odd years is difficult to justify. In our cover story, Monis Rehman of Rozee states that he approached Dawn personally for a JV some eight years ago. Monis wasn’t alone. In fact, some two years before Monis, I had also contacted Hameed Haroon, the CEO of Dawn, to develop a customized job portal for them. At that time, I was running a job portal under a digital company. He showed interest over the phone but never responded to the emailed proposal.  For the same portal, I received an acquisition offer from Jang group in 2010. The deal was finalised and even announced within the Jang group. But later, it fizzled out for no apparent reason. Perhaps getting it digitally correct  has a little something to do with the age factor. Dawn’s CEO – for whom I have a lot of personal affection- is from an older generation, the generation that holds its apprehensions against technology. Believe it or not, he was not on Whatsapp till a few months ago!

In this issue’s cover story we speak to different stakeholders in the industry to examine whether Jang and Dawn still hold a chance to recapture the ground lost to the technology companies.

This and much more in the pages that follow.

SBP expands National Financial Literacy Programme to all over Pakistan