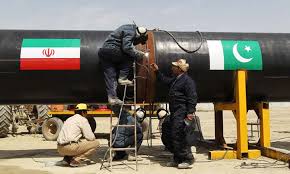 The government has allocated Rs 25 billion for the development of gas infrastructure across the country, including the much-awaited Iran-Pakistan (IP) gas pipeline project.

“An allocation of Rs 25 billion has been made in the current fiscal year under the head of Gas Infrastructure Development Cess (GIDC) for the infrastructure development including IP gas pipeline project,” official sources told APP.

Answering a question, they said Pakistan was actively pursuing the project implementation and it had requested Iran for amendment in the Gas Sales Purchase Agreement (GSPA) for completing the project in an extended period.

Accordingly, a draft amendment had also been shared with Iran, the sources said, adding that the project was also discussed during the visit of the Iranian president to Pakistan last year.

During the visit, both Pakistan and Iran had agreed to revive discussion on the project in the wake of the removal of international sanctions on Iran.

“Pursuant to the meeting, Iranian side had invited Pakistan for a meeting, so a Pakistani delegation is expected to visit Iran shortly for which necessary approval has been sought from the competent authority,” the sources said.

Sharing details of the project, they said Inter-Governmental Framework Declaration was signed between the two countries on May 24, 2009, while GSPA had reached on June 2009. Subsequently, Pakistan issued sovereign guarantee on May 28, 2010.

A project consultant was appointed on April 11, 2011, while the design, feasibility, route survey and other formalities of the project were completed on September 8, 2012.

The 56-inch diameter pipeline will initiate from South Pars gas field Iran and end at Nawabshah covering a distance of around 1,931 kilometres with 1,150 km portion in Iran and 781 km in Pakistan.

The implementation is to be done on the basis of a segmented approach whereby each country will be responsible for the construction of the pipeline in the respective territory.

The 750 mmcfd gas flow in the pipeline is projected to help generate over 4000 MW electricity, along with creating job opportunities in the remote areas of Balochistan and Sindh.