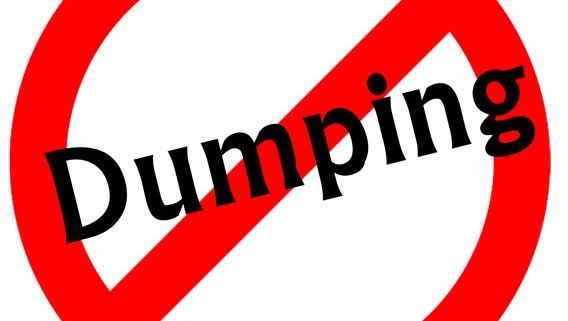 The National Tariff Commission (NTC) has imposed anti-dumping duties in the range of 13.17 percent to 19.04 percent following the final determination in Anti-Dumping investigations against dumped import of Cold Rolled Coils (CRC) originating from China and Ukraine.

NTC had initiated an anti-dumping investigation in July 2015 at the behest of an application lodged by Aisha Steels Limited (ASL), on the behalf of the domestic steel industry including International Steels Limited (ISL).

The commission has decided to impose definitive anti-dumping duty retroactively at the rates mentioned on C&F value of imports of CRC originating from China (19.04 percent) and Ukraine (18.92 percent) for a period of 5 years, effective up till January 2022. However, said duty would not be applicable to the producers who import mentioned goods as inputs in products destined solely for exports.

The imposition of anti-dumping duty for a period of 5 years is a material positive for ASL & ISL, who have recently both shown significant turnaround and improvement in operations despite facing the above-mentioned hardships due to the influx of cheaply dumped steel products.

The regulator imposed provisional anti-dumping duties in the range of 8.31 percent to 19.04 percent in Jan 2016 on thirteen exporting companies domiciled in China and Ukraine.

However, later in Jun 2016 Lahore high court (LHC) issued a stay order thus barring NTC from the collection of earlier imposed provisional duties on CRC due to incomplete quorum. The anti-dumping duty has now been re-instated with incremental rates.

This development bodes well for local CRC industry as it may support the volumes and strengthen the pricing power of local CRC manufacturers. International Steel (ISL) and Aisha Steel (ASL) with annual production capacities of 550,000 MT and 220,000 MT, respectively, to be the prime beneficiaries. While International Industries (INIL) to be an indirect beneficiary as the mentioned concern has 56.33 per cent owner interest in ISL.