Pakistan’s GSP plus status in jeopardy 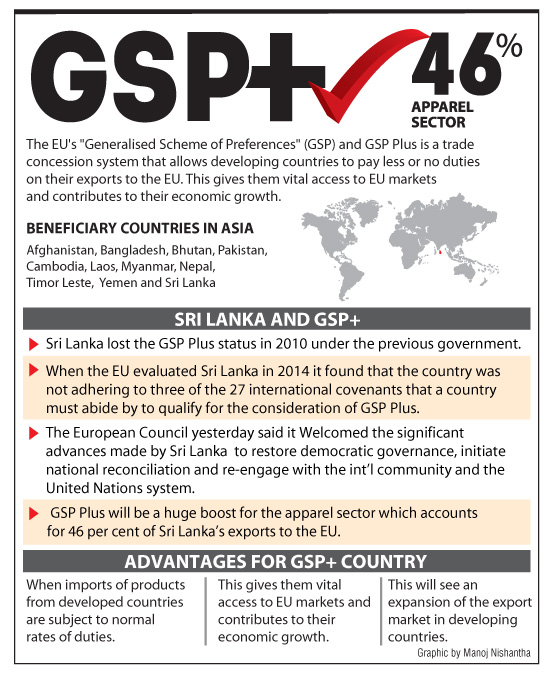 Pakistan’s GSP Plus status is in jeopardy as the government has still not prepared a report to respond to the queries raised by UN’s Human Rights Committee on implementation of International Covenant on Civil and Political Rights (ICCPR), Pakistan Today has learnt reliably.

Earlier, Pakistan had submitted initial report on implementation of International Covenant on Civil and Political Rights (ICCPR) with UN’s Human Rights Committee. In response, the UN committee shared a list of issues in relation to initial report of Pakistan on ICCPR. Upon this, Ministry of Foreign Affairs requested the Ministry of Human Rights to prepare responses to the list of issues in consultations with all the relevant departments. The UN committee’s list includes issues of death penalty, counter terrorism, enforced disappearance to target political or human rights activists, a policy of denying all pleas for clemency, the moratorium on the death penalty, establishment of military court, counter terrorism measures etc.

Official documents available with this scribe disclosed that Human Rights Ministry has written letters to all the stakeholders and sought responses time and again to consolidate the response for onward submission by the Foreign Affairs Ministry to the UN Committee. However, response from most of the concerned departments at the federal and provincial level is still awaited while Ministry of Foreign Affairs has to respond wide range of issues before the expiry of deadline. The deadline given to Pakistan’s mission in Geneva by UN committee for submission of response on list of issues is February 20, 2017.

And, the word limit for the government’s response is 10,700 words, while the UN committee will review this report in July, 2017 at the 120th session of the Human Rights Committee.

It is also learnt, ‘If the government does not submit a report in Geneva with UN committee over the list of issues then GSP Plus status granted by EU will remain in danger. Pakistan had ratified seven core UN Human Rights conventions and obliged to submit obligatory periodic reports on their implementation to the relevant UN treaty bodies.

Official sources told this scribe that ministries of Interior, Law and Justice and Human Resources and Overseas Pakistan have to respond most of the issues. But, their response is still awaited. They said the UN committee’s list indicates that the questions would be raised on a wide-range of issues during the review of our report. “We need to comprehensively respond to the list of issues,” sources said, adding, “NGOs have started submitting shadow reports in response to the report of the government and criticized implementation of the obligations under ICCPR.”

Official documents also show that Ministry of Interior has still not submitted its response related to death penalty, establishment of Military Court, enforced disappearances, torture, counter terrorism measures-protection of Pakistan Act. “Such information was also not received from the Ministry of Interior while responding issues related to human rights conventions for preparation of report on GSP Plus,” documents said.

The UN committee has asked to provide information on the measures taken to ensure the direct application of the covenant provisions at all levels of the domestic legal order: federal and provincial including the federally administered tribal areas (FATA).” Whether the Covenant has been involved before and or applied by the domestic courts and provide some examples,” documents said.

The UN committee in its list of issues has also asked that National Commission of Human Rights (NCHR) is severely limited in its capacity and functioning owing to a lack of adequate funding and of cooperation from the federal and provincial authorities. It (NCHR) is restricted from investigating allegations of human rights abuses brought against the intelligence agencies. Even, it is not consulted in the process of developing national action plan on human rights in drafting at State party’s report to the UN Committee. Similarly, the UN committee asked about non-discrimination, equality between men and women, violence against women and domestic violence, measures taken at the national level to prevent persistent violence against women and domestic violence, including marital rape, right to life and security of the persons. Likewise, measures taken to address the large number of allegations of enforced disappearance and extrajudicial killings by law enforcement officials, military and security forces and rangers across the country. Also, mechanism in place to ensure that law enforcement officials in particular law enforcement officials do not misuse or abuse their powers under the Protection of Pakistan Act, 2014, besides, bonded labour and human trafficking, freedom of movement, right to a affair trial, administration of justice, freedom of religion, conscience and belief, privacy and freedom of expression, right to marriage and family, right to freedom of assembly and association, protection of children, refugees, right to take part in public affairs, etc.