No import of poultry feed from any country: PPA 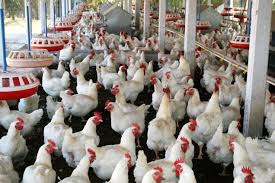 Pakistan Poultry Association Chairman Dr Abdul Karim said on Thursday said neither poultry feed nor any ingredient of it, was imported from any country.

Addressing a press conference at the Lahore Press Club (LPC), the PPA chairman and other representatives dispelled an impression that pork meat was used in ingredients of poultry feed. They said every ingredient of the poultry feed, including maize, rice and fish besides other particles was available in bulk quantity in the country and there was no need of import of any ingredient from any country.

They refuted allegations of using illegitimate fat or any other untested item in poultry feed. They said about 1.5 million people in the country were associated with the poultry sector and white meat was the only source of cheap protein for a common man.

Responding to a question, they added Rs 750 billion had been invested in the sector in which 85 per cent feed and 100 per cent poultry processing plants had been established in Punjab. They demanded the government to investigate the matter of spreading baseless and fake news item regarding the use of pork meat in poultry feed so that trust of farmers could be restored in poultry feed prepared in the country.