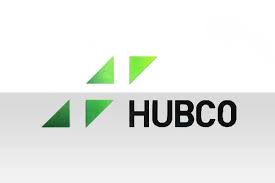 Hub Power Company Limited announced a profit of Rs5.3 billion for the half year ended December 31, 2016, down by 4 per cent from Rs5.5 billion in the same period of the previous year, the company’s financial results revealed on Monday.

Earnings per share (EPS) declined to Rs4.4 as compared to Rs4.6 in the same quarter of the last year. The company announced a half year cash dividend of Rs1.5 per share i.e. 15 per share.

On the other hand, the company’s quarterly profit saw a decrease of 3.7 per cent (quarter on quarter) from last year’s Rs2.8 billion to this year’s Rs2.7 billion. This translates to Rs2.25 per share compared to Rs2.38 in the same quarter last year.

Analysts at Intermarket Securities say that the result was in line with their estimates.

Operating expenses witnessed an increment of 7 per cent year on year. Topline Securities attribute this to augmented repair and maintenance expenses due to the ongoing major overhauling at the Narowal Plant. However, cost savings through in house O&M activities by Hub Power Services Ltd. (HPSL) would have partially offset the increasing expense.