PMA gearing up to launch 200 new buses in Lahore 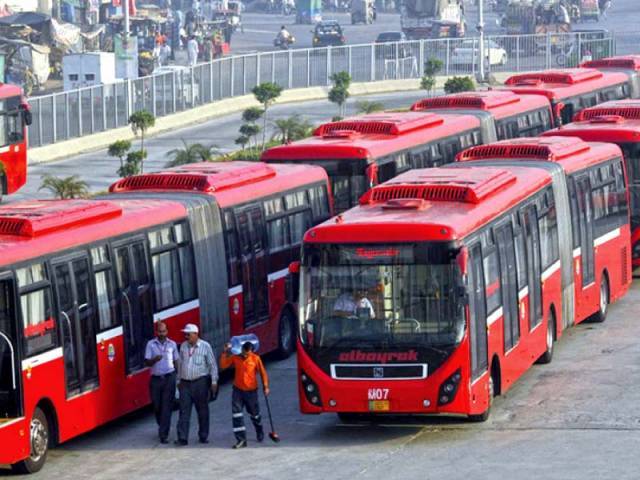 The Punjab Metro bus Authority (PMA) will be launching 200 new public buses on feeder routes of Lahore Metro Bus this week, it has been reported. The new buses will be launched in collaboration with Daewoo Pakistan.

PMA General Manager Operations, Syed Uzair Shah is reported to have said that the arrangements to start the service on 14 routes of the Lahore Metro Bus by next week have been completed. The authority has sought an appointment from the Chief Minister’s Office for the inauguration of the new public transport project.

The project was delayed by over nine months due to lengthy procedures and bureaucratic hurdles. Earlier, it was delayed by the confusion in agreement terms between the authority and the operator, Daewoo Pakistan.

Brand new imported buses had been standing idle for the last two months as there was a deadlock on the decision of implementation of television (CCTV) cameras on the feeder routes. Later it was decided that the PMA, through its vendors, would install the CCTV cameras.

Initially, the public buses will operate on 14 feeder routes, covering a total length of 123 kilometres. Later, more buses will be inducted in a phased manner once the Lahore Orange Line Metro Train is operational.