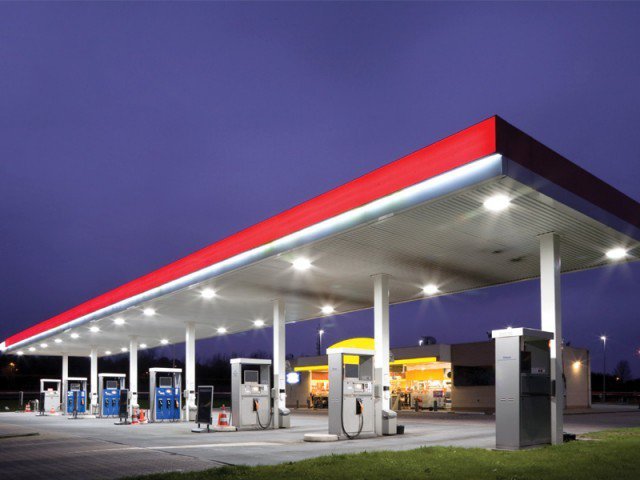 Re-gasified Liquefied Natural Gas (RLNG) supply to CNG stations in Punjab was discontinued on Tuesday morning, as the government has diverted RLNG to power generation plants to cope with the load shedding, media sources have reported. The CNG sector remains number four on the priority list, therefore, the supply of RLNG was suspended to gas stations across Punjab, an official source was quoted as saying. The reason disclosed for suspending the RLNG supply to the CNG sector was cited as maintenance but in reality, the gas was diverted to cover the reduction in hydel power generation, the official said. In December 2016, gas supply to CNG stations in Punjab had been discontinued and even then they were told that it was due to maintenance. Maintenance takes place once a year and not every four months, the official said. The CNG stations in Punjab and Islamabad aren’t utilising local gas and are being run on the imported LNG only. Out of 2400 CNG stations in Punjab and Islamabad, presently around 900 CNG stations are operating on the imported RLNG and are utilising around 53 MMCFD of RLNG. The government currently faces a shortfall of around 4500 MW of electricity mainly because of a reduction in hydel power generation and an increase in temperatures. The government is optimistic that snow melting will accelerate in the coming days which will help increase hydropower generation. The Sui Northern Gas Pipelines Limited (SNGPL) had informed the CNG association that RNLG supply to CNG stations would be suspended at 7 am on April 4 and restored in the morning on April 8.