Without safe payment solutions like PayPal available in the country, Pakistan is unable to realise the true potential of its online market 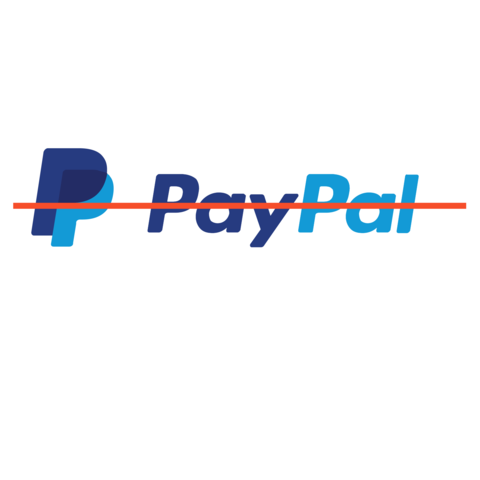 “I’d prefer a little less competent freelancer with a PayPal account over someone with excellent skills but no access to PayPal,” said Michael Nguyen, CEO of a UK-based online consultation firm and one of the major employers of freelancers worldwide.

This statement alone indicates that the unavailability of credible payment solutions is a perturbing void that must be filled on an immediate basis, especially in Pakistan – the world’s fourth largest online freelance community as stated in the Global Online Review by Elance-oDesk Inc.

With a subscription base of more than 197 million active user accounts, PayPal processed almost $99.3b in payments only during the last quarter of 2016, translating to 1.76 billion transactions in three months. The platform is operational in 190 countries including USA, Australia, UK and Canada, largest recruiters of the world’s freelance communities in the field of IT.

The extent of the widespread popularity of this online money transfer platform can be gauged by the fact that 45 percent of the total revenue of eBay, a business-to-customer and customer-to-customer sales service company, comes from PayPal.

“The online workforce in the country suffers tremendously due to PayPal’s unavailability in Pakistan,” Twitter’s Country Consultant Badar Khushnood said referring to the world’s most famous online payment solution. “Freelancers are often unable to take employment contracts because many employers can only pay via PayPal.”

Although freelancers in Pakistan use alternative solutions to make and receive payments worldwide, the hurdles they face cannot be neglected. This is because international clients rarely adopt substitute payment solutions to pay freelancers in countries like Bangladesh and Pakistan where PayPal is not available.

According to a report provided by the International Data Group, 40 percent of working Pakistanis freelance in one capacity or the other. Elance-oDesk Inc., the largest online jobs portal since the merger of the two entities in 2013  reported that out of a total of 4 million freelancers registered on the website, 214,000 or 5 percent were Pakistanis as of 2013, the latest period for which the data was available.

For a country that forms the world’s fourth to ninth largest freelance base, the elimination of basic hurdles such as the unavailability of proper payment solutions is absolutely essential.

“In my four-year experience of freelancing online, I have lost many good opportunities because of payment issues,” said Abid Hussain, a freelancer registered on Upwork.com, oDesk’s new name post-merger. He further said that he has even considered moving out of Pakistan as freelancing is his bread and butter. He cannot afford to lose well-paying projects every now and then only because of unavailability of popular payment solutions in Pakistan.

Hussain’s frustration can be rightly explained by understanding the fact that out of almost 26 online freelancers hired by Nguyen, only one is paid using an alternative payment system to Paypal.

Some other commonly used online payment solutions include Skrill (formerly Moneybookers), Payza.com, Payoneer Card, Perfect Money and Bitcoin. But, many of these solutions are also not available in Pakistan. Skrill, one of the most favorite payment solutions used by Pakistanis, will be rendered dysfunctional on Elance (Upwork and Freelance) from April, as per the announcement by the company.

Another money transfer solution, Western Union has franchises in over 200 countries in the world. Even though Western Union is widespread, employers prefer PayPal as it can be directly connected to the users’ bank account, hence saving travel time to the Western Union location and the hassle of conveying the code for payment and collection of money.

The Ministry of Information Technology has recently taken measures to invite and facilitate international companies like PayPal, eBay and Amazon to launch their operations in Pakistan. In IT minister Anusha Rehman’s own words: Pakistan is inviting global technology companies like Amazon, eBay and PayPal to start operations in Pakistan. Pakistan’s recent inclusion in Financial Action Task Force’s (FATF) white-list is expected to encourage technology companies to explore Pakistan as a viable market.

However, PayPal, which labelled Pakistan as an important market, responded vaguely to the aforementioned invitation.

“As we look at expanding our global footprint, we see Pakistan as a market with great opportunity, but we are not able to comment on future plans,” PayPal’s spokesperson said in an interview to ValueWalk – no further development has been observed from either side since then.

As opposed to a general understanding, PayPal’s use isn’t limited to international payments, the platform can also help increase the size of local digital economy.

With Pakistan’s e-commerce market expected to surpass $1 billion and the digital ad market to account for 30 percent of the total ad spend by 2020, making PayPal available in Pakistan can boost the numbers a lot more. For example, payments to eCommerce platforms and tech giants, such as Google and Facebook are currently made through credit cards, which can be done via PayPal once it is available.

Industry experts have repeatedly stressed on the resolution of such challenges, especially if Pakistan expects to see great boom in the digital market in the years to follow.

“Pakistan is unable to sign bilateral and multilateral treaties with digital companies mainly due to a lack of feasible legal framework,” said Khushnood, the Country Consultant for Twitter. “This is the main reason companies like PayPal do not launch in Pakistan.”

He further added that it is high time the government rolled up its sleeves and took the right decisions to improve the conditions of the IT industry.

The SBP has rejected unsubstantiated claims that they were about to pledge their gold reserves, but is that even an option?
Read more
FEATURED

SUVs are replacing sedans as the automobile of choice in Pakistan, but will new entrants be able to defend the segment they created against a resurgent Big 3?
Read more
- Advertisement -