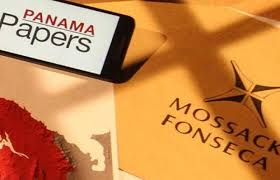 Though the Supreme Court of Pakistan is all set to announce its long-awaited verdict in the Panamagate case on Thursday (today), the delayed announcement of the decision has negatively affected the development and business activities in the country.

According to analysts, the overall impact of the indecisiveness in the historic case, which remained largely unnoticed, has taken its toll on development, investment and other business activities in the country.

“During the past few weeks, the principal accounting officers of various departments were reluctant to release funds allocated for different projects under the PSDP, apparently waiting for the court’s decision. Though the accounting officers were not openly linking the halting of routine matters with the Panama case decision, they still knew that the projects are based on political decisions and that they should wait for a clearer picture of the important case pending in the superior court,” Dr Vaqar Ahmed. Deputy Executive Director at Sustainable Development Policy Institute (SDPI) said adding that various secretaries were also reluctant to make any major decision and sign important files during the past 15 days or so.

The indecision on Panama had actually damaged the public investments, ultimately affecting the subcontracting elements of the investment. Small and Medium Enterprises (SMEs) have also faced the brunt of the overall environment, he added.

“The impacts of the looming uncertainty ahead of Panama case could be gauged by the fact that both Sindh and Khyber Pakhtunkhwa (KP) are waiting for the decision and then organise a conference on China-Pakistan Economic Corridor (CPEC). KP, which has signed over 11 MoUs with Chinese firms for different projects under the CPEC, was willing to hold a mega event in Peshawar. According to the officials of the provincial governments, even the diplomats, especially from China, were in favour of delaying the conference till the Panama case reaches a decision,” he claimed.

An analyst believed that as per a rough estimate that if 50 per cent disbursement of fund to PSDP in this quarter is delayed, it could further worsen the already slow-paced development activities since an anti government verdict has been in the air since January this year. This has affected roughly 0.3 to 0.4 per cent of GDP.

A member of the bench hearing the Panama case had earlier observed that the Panamagate verdict, which is being awaited with bated breath, will not just concern the Sharif family, but it will, in fact, set in motion a law which will be practised for centuries, setting a precedent.

“If the court gives the right to appeal or any other option to the government for gaining more time, the situation of uncertainty may further be aggravated,” he added.

March 1, 2021
NEW YORK: AstraZeneca Plc has sold its 7.7% stake in Moderna Inc for more than $1 billion after the US biotechnology company’s shares soared...