14th CEO Summit Asia 2017 brings together entrepreneurs from across Pakistan 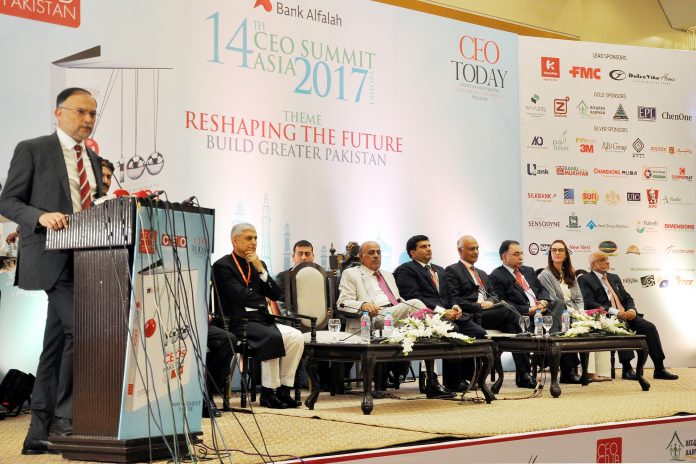 CEO Club Pakistan held the 14th CEO Summit conference themed “Reshaping the Future: Build Greater Pakistan,” at a local hotel here on Thursday. Notable speakers from all over the country participated in the conference and shared their suggestions and apprehensions regarding the direction of the country’s economy.

He went on elaborating in length how CPEC was not against the private sector. He drew an analogy while explaining brand management: “When you buy a medicine from a pharmacy, the cover shows the benefits of the medicine in bold, colourful letters on the packaging and the side effects are shown in an almost unreadable format on the small piece of paper stuck inside the pack. When we do the brand management of the country, we reverse this and paint the negatives in bold colours on the outside hiding the benefits. How would anyone expect to improve the country’s image with this strategy?”

He said that through CPEC, the private sector will not only benefit from the infrastructure of the project but also share a part in the $1.2 trillion imports of China. He took a jab at the political party protesting and calling for ‘change’ and said, “Those who prefer to see the glass as half full will see it so while the pessimists will only criticise and complain.” He concluded this part of his speech with a couplet from Nasir Kazmi, “Dam ghuta jaata hai afsurda dili se yaaro, Koi afvah hi phailao ke kuch raat kate.”