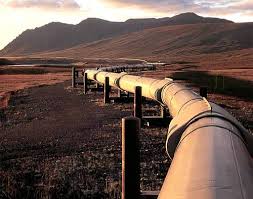 As per the procedure, SNGPL and SSGC submit their revenue requirement petitions, including different projects and distribution development schemes under the Ogra Ordinance, 2002, seeking permission to execute them, sources told APP.

Accordingly, the authority after thorough evaluation and deliberation allowed SNGPL and SSGC to lay 16,450km and 2,081km pipelines, amounting to Rs23,424 million and Rs5,947 million, respectively during the fiscal year 2012/13 to 2015/16, the sources added.

They said the government is following a comprehensive strategy to reinforce existing gas transmission network for which around Rs3,571 billion would be spent in different phases. “An amount of Rs71 billion ie being spent on the upgradation of SNGPL and SSGC transmission networks across the country, besides initiating projects worth $2 billion North-South gas pipeline and approximately $1.5 billion Gwadar-Nawabshah gas pipeline and LNG terminal at Gwadar,” the sources said.

During the period, the utility companies had invested Rs9.959 billion on transmission projects, Rs8.705 billion on distribution projects and Rs13.705 billion on other projects, bringing the total investment to around Rs31.919 billion, the sources added. During the fiscal year 2015/16, these companies issued 254,648 domestic, 202 commercial and 20 industrial connections.