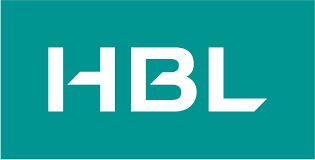 KARACHI: In a notification sent to the bourse on Friday, Habib Bank Limited announced its quarterly earnings for July-September of financial year 2017-18.

Share of profit from associates and joint ventures went down massively by 172.4pc to touch Rs0.374m during July-September quarter against Rs1.020m in SPLY. Gain on sale from securities (net) surged up by 86.06pc touching Rs3.136m during first quarter of FY 2017-18 compared to Rs1.685m in SPLY.

Profit before taxation went down by 2.96pc during July-September quarter to touch Rs14.757b against Rs15.195b in SPLY.

Reporting an extra-ordinary/un-usual item in its income statement of Rs23.717b pushed HBL into the red resulting in reporting a staggering loss of Rs14.122b for July-September quarter of FY 2017-18.

This extraordinary item seems to have been the result of the settlement fine of $225m  paid to New York Department of Financial Services (DFS) for failing to comply with laws and regulations designed to combat illicit money transactions.

The bank also skipped dividend payout during the quarter to support capital adequacy ratio (CAR) of the bank on the back of this major penalty.

HBL, Pakistan’s largest bank by operations and market share has suffered a major crisis since its New York based branch closed because of failure to comply with laws and regulations designed to combat illicit money transactions.

The bank made some revamps post-penalty by appointing former SBP governor Ashraf Wathra as senior corporate consultant on international strategy and operations, which was exclusively reported by Profit in September.