Outflows of $443m have been witnessed from Pakistani stocks this year 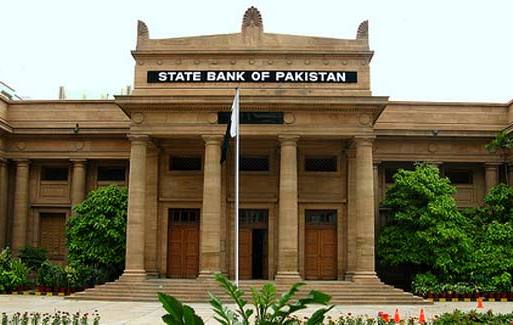 LAHORE: State Bank of Pakistan Deputy Governor Jameel Ahmad said widening trade and current account deficit aren’t something to be worried about as Pakistan’s exports rise and imports get constrained.

In an interview to Bloomberg, Ahmed remarked the Pakistani economy would remain stable considering expected inflows, level of remittances and trends in exports and imports.

While speaking at a Bloomberg Pakistan Economic Forum in Karachi on Wednesday, Ahmed said the fall in exports had reached its bottom pit and regulatory duties imposed on import of more than 700 luxury items would restrict unnecessary imports.

Due to political uncertainty and worrying macroeconomic indicators caused highest level of foreign outflows from Pakistani stocks since the 2008 financial crisis. This comes on the back of the country’s reinstatement into MSCI Emerging Market (EM) index back in June this year. Outflows of $443m have been witnessed from Pakistani stocks this year, said Bloomberg.

Pakistan’s current account deficit has spiked up more than two times to touch $3.6b as of September 30th, and foreign exchange reserves have declined 17pc this year, which led to  rumours of an imminent devaluation of the rupee.

Senior economist at Standard Chartered Plc Bilal Khan said foreign investors would be worried over how the government intends to finance the widening current account deficit. Khan added “We haven’t seen any policy response to the issues — we have seen regulatory duties imposed or increased to curtail the current account deficit, we haven’t seen the orthodox macro response.”

Various experts while speaking at the forum were off the view that devaluation of rupee was unavoidable considering Pakistan’s economic imbalances. This follows the call of International Monetary Fund to the SBP for loosening its grip on currency and permit more freedom.

Ahmad disregarded opinions that rupee was overvalued and maintained the currency was at the right level and dependent on market forces.