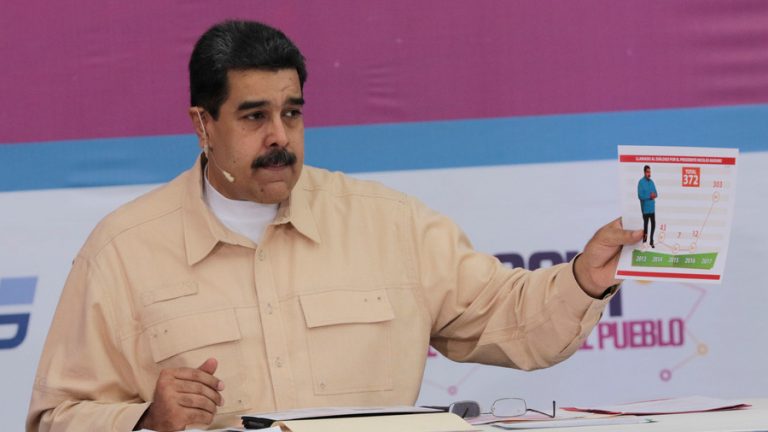 CARACAS: Venezuelan President Nicolas Maduro looked to the world of digital currency to circumvent U.S.-led financial sanctions, announcing on Sunday the launch of the “petro” backed by oil reserves to shore up a collapsed economy.

The leftist leader offered few specifics about the currency launch or how the struggling OPEC member would pull off such a feat, but he declared to cheers that “the 21st century has arrived!”

“Venezuela will create a cryptocurrency,” backed by oil, gas, gold and diamond reserves, Maduro said in his regular Sunday televised broadcast, a five-hour showcase of Christmas songs and dancing.

The petro, he said, would help Venezuela “advance in issues of monetary sovereignty, to make financial transactions and overcome the financial blockade.”

Opposition leaders derided the announcement, which they said needed congressional approval, and some cast doubt on whether the digital currency would ever see the light of day in the midst of turmoil. The real currency, the bolivar, is in freefall, and the country is sorely lacking in basic needs like food and medicine.

Maduro’s pivot away from the U.S. dollar comes after the recent spectacular rise of bitcoin , which has been fueled by signs that the digital currency is slowly gaining traction in the mainstream investment world.

The announcement bewildered some followers of cryptocurrencies, which typically are not backed by any government or central banks. Ironically, Venezuela’s currency controls in recent years have spurred a bitcoin fad among tech-savvy Venezuelans looking to bypass controls to obtain dollars or make internet purchases.