Main exit in investments witnessed in 3-year tenor schemes where the profit rates are linked to the primary auctions of PIBs: CDNS 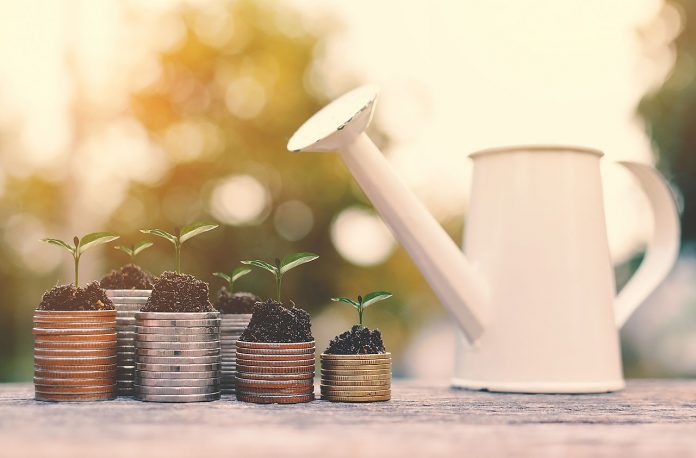 KARACHI: Savings mobilised by the National Savings Schemes (NSS) amounted to Rs3.27 billion in January, down 86.4 per cent from a year ago.

According to data released by the State Bank of Pakistan (SBP) on Tuesday, NSS mobilised a total of Rs95.58 billion in July-January through various schemes. The amount is 30.5 per cent less than the funds raised in the first seven months of the preceding fiscal year.

The major reason for the decline in fund mobilisation under these schemes is the consistent drop in their returns. According to the SBP, banking as well as non-banking institutions, like NSS, have now been investing in treasury bills to replace the fast-maturing Pakistan Investment Bonds (PIBs), which offered a higher yield. PIBs worth Rs964 billion are going to mature in 2018, analysts say.

But recent auctions of PIBs offer relatively lower rates. NSS returns are mostly pegged with the yield of PIBs. This means there’s little attraction in these schemes for ordinary investors who seem to be converting their money in dollars in anticipation of the depreciation in the rupee’s value.

Funds raised through NSS help the government bridge the fiscal gap, which is the difference between its revenue and expenditure. The share of savings in GDP was 13.1 per cent at the end of 2016-17 after dropping from 13.9 per cent recorded four years ago.

On the contrary, a statement released by CDNS clarified that there have been no across the board withdrawals in NSS. The main exit in investments has been witnessed in 3-year tenor schemes where the profit rates are linked to the primary auctions of PIBs of relevant tenors, like all other NSSs.

In the last six months consecutive bids of PIBs auctions have been rejected whereas no bids were received for six and twelve months Treasury Bills (“T-Bills”) after September 2017, hence, the profit rates of NSS remained unchanged for the last one year which was last revised in February 2017.

While, on the other hand, the profit rates in the market, including the secondary market rates for PIBs have been increasing. Thus creating a temporary rate anomaly in the market and exodus of institutional investors funds from National Savings in medium-term deposits, and slow growth in investments otherwise.

The main welfare scheme – Bahbood Savings Certificates (“BSCs”) – which constitutes 23 per cent of the total portfolio of National Savings and offers up to 200 bps preferential rate than the product of National Savings of similar tenor, have been registering increasing investment trend, despite the fact that this scheme is facing stiff competition from the microfinance banks.

Moreover, rupee devaluation, identified as one of the possible reasons behind the low savings mobilisation is not the reason for lower savings growth rate. National Savings (or CDNS) investors are mainly individuals who have conservative investment outlook and do not risk to arbitrage for the short-term gains. The flight of funds from National Savings has predominantly taken place in case of institutional investors – the employee trust funds – which are typically long-term players and do not exit the investments frequently either. They are not allowed or refrain from foreign currency investments and exposures.

The statement further read that “With respect to the negative growth rate in savings mobilisation for the last three years, CDNS would like to clarify that it has anticipated this situation in view of the falling interest rate environment; therefore, the fall in growth rate was accounted for in the projections and accordingly included in the budget books. CDNS is proud to say that it has been meeting all its targets set by the Finance Division without fail. In fact, it has been exceeding its own targets and making up for the shortfall in the other distribution channels, particularly the commercial banks which have been showing a continuous negative trend for the past three years.”

To arrest the situation of falling investment growth rate, National Savings is making profound efforts to compete on the bases of customer service delivery instead of the profit rates only. National Savings has recently established a Computerised Complaint Resolution System through which complaints are monitored till their final resolution through a system generated tracking ID.

The statement further went on to state that along with this, a state of the art call centre has been established through which customers can register their complaints. Moving further into the digital era, National Savings has launched a non-financial version of mobile application called “Qoumi Bachat Digital” which has enabled customers to view their profits, investments in the certificates and accounts, get notifications on the transactions, view transaction history and also save prize bond numbers to be searched in the Prize Bond draws. National Savings is launching a financial version of the mobile application along with Card Management System and Mobile Wallets for their esteemed investors within the next six months.

National Savings introduced Centralised Clearinghouse facility in January 2017 to the investors through which the cheque clearing time has been reduced from 7-10 days to only 1-3 days, and has allowed third-party payments from saving accounts in October 2017 using them as operating accounts like commercial banks which will help in retaining investments with CDNS and enhancing deposits in savings accounts, where outflow was ~Rs125 billion in CFY 2017-18.

There are at least four new products, including Sharia Compliant Product, Overseas Pakistanis Savings Certificates (“OPSCs”) which are being launched in next five months of CFY to help compensate for the reduction in existing interest rate sensitive schemes. OPSCs will not be issued to the certificates for onshore investors; the proposed OPSCs will only be offered for Overseas/ Non-Resident Pakistanis. Therefore, there’s no point in onshore investors “hoarding foreign currency” in anticipation of the issuance of the proposed OPSCs as eluded in one of the news items. The rate of return on the proposed certificates has not been finalised as yet. The products will only be issued once structure, launch plan and rules of the proposed certificates are formally approved by the Finance Division and the Federal Cabinet, said the statement.

Shuhadah Families Welfare Account and BSC for persons with disabilities were announced in Federal Budget 2017-18 and are being launched in a record time.

Through new products and modern initiatives, National Savings aims to compete in the market on the superior customer service delivery and the offering products with sticky investments instead of competing on profit rates alone, added the statement.