FIA seeks fact-finding report over inquiry of corruption in PSQCA 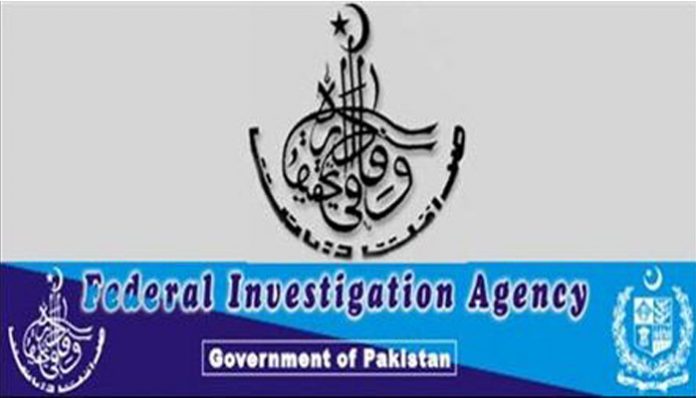 ISLAMABAD: Federal Investigation Agency (FIA), which had earlier started an inquiry into corruption and illegal appointments at Pakistan Standard Quality Control Authority (PSQCA) a few years ago, has wanted to know what action has been taken against the involved officials.

In a recently written letter, FIA has sought the implementation status on a ‘fact-finding report’ made by an inquiry committee, constituted by Ministry of Science and Technology (MoST) to probe the allegation of illegal appointments, malpractices and corruption in PSQCA, as National Standard Body of Pakistan under the administrative control of the ministry.

The letter, a copy of which is available with Pakistan Today, says “In connection with the subject enquiry and correspondence made in this regard, it has been revealed during probe that Ministry of Science and Technology constituted the facts finding committee in order to probe the allegation of illegal appointments, malpractices and corruption in PSQCA. The committee in its report pointed out various irregularities in violation of the rules. The Ministry of Science and Technology had sent a fact-finding report of the committee through Demi Official letter dated 24 March 2014 to Pir Baksh Jamali the then Director General PSQCA with the direction to take corrective measures, fix the responsibility and initiate disciplinary action against the delinquent officers/officials within one month. In view of the above, you are, therefore, requested to let this Agency be intimated whether the direction/orders of Ministry of Science and Technology Government of Pakistan has been implemented in letter and spirit, or otherwise.”

According to official sources at PSQCA, the authority has provided details about the fact-finding report and personal files of the said officials/employees of PSQCA.

However, reliable sources informed Pakistan Today, that FIA, which had left the inquiry into corruption cases at PSQCA incomplete in 2012 due to pressure from the then Interior Minister Rehman Malik. A team of the agency headed by inspector Lubna Tiwana had prepared a report about illegal appointments and submitted the same to concerned director’s office for further action. The investigation team had collected all necessary evidences and statements in this regard to initiate legal action against those involved in the illegality. However, later, the inquiry was reportedly withheld on the direction of the former interior minister.

Meanwhile, the ministry of science and technology had formed the fact-finding committee to investigate into corruption/ illegal appointments at PSQCA. Despite the lapse of over five years, the inquiry was yet to be completed, corrective measures still pending, and initiation of a disciplinary action against the involved officers/officials, many of whom are still enjoying the posts and perks.

PSQCA, in 2012, had made over 48 direct illegal appointments of grade 2 to 18, bypassing the laid down procedures and Public Service Commission or PSQCA Board and on political and other considerations. The appointments were made without prior advertisement in newspapers and other requirements. On various complaints of PSQCA employees, FIA had started an investigation into the matter. Besides, cases were also initiated regarding corruption and irregularities as reported audit reports.

According to insiders, after activities of FIA regarding the corruption cases, the high officials at PSQCA and Ministry of Science and Technology have again started mounting pressure on the agency to keep the files shelved, which have been ignored for years since the agency started the inquiry in 2012.