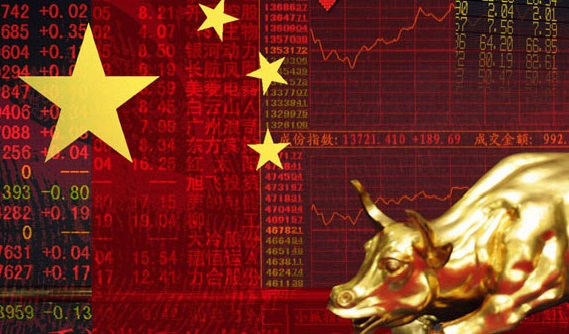 BOAO: China laid out a clearer timetable on Wednesday for opening its financial sector to more foreign investment by the end of 2018, as Beijing looks to fend off growing criticism from the United States and others that it unfairly limits competition.

People’s Bank of China (PBOC) Governor Yi Gang said that China will allow foreign firms to compete on an equal footing with domestic companies in the sector.

Though the specific details offered were mostly incremental and repeated previous pledges, China for the first time said it would implement a number of the measures by the end of this year, with some steps promised to be put in place as early as June.

They include allowing foreign firms to invest in trust companies, financial leasing, auto finance and consumer finance, plans that were announced last year. The PBOC also confirmed it wants to set up a planned trading link between its stock markets and London by end-2018.

Foreign businesses and China’s trading partners have long complained about a lack of implementation of reforms announced years earlier, and that outside firms continue to face unofficial restrictions even after some sectors have ostensibly been opened up.

China’s official pledges, made at the annual Boao Forum for Asia in southern Hainan province, echoed previous promises from Beijing to open the financial sector but comes at a time of heightened pressure on China from the United States over trade and access to its massive markets.

China will raise foreign ownership limits to 51 percent in securities, fund management, futures and life insurance companies “over the next few months”, the PBOC said in a statement on its website.

The gradual removal of those ownership limits was first announced in November when an official said the move would take effect immediately following the drafting of related rules.

President Xi Jinping promised on Tuesday to open the country’s economy further and lower import tariffs on products like cars, in a speech seen as an attempt to defuse the increasingly bitter dispute with the United States and possibly open the way for the start of negotiations after both sides threatened tit-for-tat tariffs.

The government also will not set foreign ownership limits for investment in wealth management companies set up by commercial banks by the end of 2018, the PBOC said.

However, despite the gradual opening of China’s financial services sector in recent years, foreign firms still only account for a tiny fraction of the market, and the new moves are unlikely to lead to significant changes as big state-invested companies have a commanding presence in those businesses.

China also said on Wednesday it was accelerating a plan originally announced in November to lift the foreign ownership restriction in life insurance companies, following Xi’s pledge the day before to speed up the opening up of the insurance sector.

The government will also remove a requirement that foreign

insurers must have a representative office in China for two years before they can set up a company, further easing foreign access to the insurance sector.

On trade, Yi said China and the United States should deal with their issues in a rational way and that the China-U.S. goods and services trade should balance out in future.