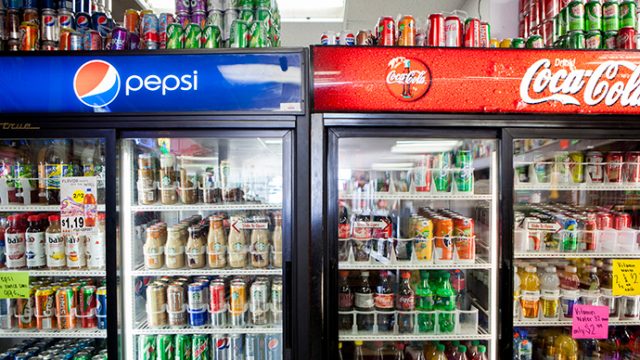 A journalist-turned–restaurateur, Abdul Wali Khan recently quizzed one, “Have you ever tried looking at the price label on the soft drink bottle or can?” The instinctive reaction was trying to locate the price mentioned on a 345ml soft drink bottle placed right in front of me: Rs24.36 + Rs4.14 it said – adding up to Rs28.5 for an unchilled and Rs30 for a chilled offering.

For someone who has been paying Rs40 – a good 40% more than the actual charge – assuming it to be the retail price, the label was indeed shocking. As the consumer inside one felt disappointed, the journalist wanted to get to the bottom of it. Out of sheer curiosity – and to some extent in the name of consumer rights – I decided to dig how in spite of the clearly mentioned price the consumers were being robbed blind.

The scale of ‘windfall’ can be measured from everyday sales in Karachi alone: around one million soft drinks!

When Profit made offhand inquiries in the city’s posh and less-posh areas – Clifton, Gulshan, Bahadurabad, North Nazimabad and some university campuses, along with as many restaurants as this correspondent could visit during the course of this article – everywhere the tab on the soft drinks and other chilled beverages was being inflated anywhere between Rs5 to Rs20 on top of the stipulated price.

“Once I inquired from my local vendor about the difference in the printed and selling price. With a sardonic smile, said he, “we have a right to charge extra because our refrigerators are mostly on generator due to electricity issues, making us incur an additional cost”, said Huda Khan, self-describing himself as ‘a Pepsi-guzzling resident of Askari-4’.

Khan’s university canteen also overcharges similarly, with the owner blatantly bringing cost of electricity into play, “since it’s cold, it ought to be expensive.”

Not unlike Khan, when this scribe spoke to a number of regular consumers of PepsiCo (Pakistan Beverages Limited) and Coca-Cola Pakistan – the two with the greatest overwhelming market share – all respondents belonging to various areas of the city confirmed overpricing.

We reached out to both PepsiCo and Coca-Cola Pakistan for their response on the issue. While the PepsiCo refused to answer our queries, since June 19 last year despite repeated attempts, Coca-Cola’s response is still awaited.

Why are Cola companies keeping mum?

Why are the companies opting to remain quiet?

Insider information suggests, the companies were well aware of the overpricing by the retailers. However, the insiders suggest, since it does not negatively impact their business or brand reputation in public, they have a ‘hear-no-evil’ policy about it.

If the companies decide to enhance prices in keeping with retailers, it would entail an additional tax – possibly affecting sales. On the contrary, the current overcharging – in which the companies have absolutely no hand – does not affect the beverage companies business or their relationship with the retailers.

What role companies can play?

Abdul Wali Khan, owner of the 4Seasons Foods restaurant in Landhi that sells soft drinks on actual retail price said, “The companies may have a very strong impact if they simply publicise the correct price so that the people know.

Such campaigns could be complemented through printing the actual price on company vehicles, giving newspaper ads and communicating through many other postmodern modes of communication. The exploitation could end if the cola companies take steps with achieving that end in mind.

Whether the companies are quiet on overpricing out of expediency or are simply unaware of the exploitation of consumers, their policy of appeasement for the retailers continues to be extremely lucrative, with both PepsiCo and Coca-Cola Pakistan falling over each other in offering goodies every which way.

Firstly, there are discounted prices for retailers, then there various schemes throughout  the year where the prices are further reduced to egg shopkeepers on, and if that is not enough both Cola majors offer rewards in case of meeting or surpassing sales benchmarks on a half-yearly basis.

In addition to the above-mentioned advantages, which are never passed on to the consumer, the companies also encourage exclusivity contracts; shopkeepers who choose to sell only either one of the two companies products get further discounts and advantages on sales volume.

However, all this is still deemed insufficient for the retailers and restaurateurs who fix their own prices and the end customer seems unaware of the various under-the-table schemes and advantages companies are offering.

Most shopkeepers do not even bring these schemes into account while ranting over their right of charging higher than retail price to meet the refrigeration costs.

“We have so many taxes to pay, then there’s storage cost of cold drinks, maintenance costs etc. we simply adjust prices according to that,” Hareesh Kumar, a store owner in Clifton argued.

Kumar was perhaps having selective amnesia or he would have remembered that the cola companies also provide cold storage such as freezers and special refrigerators, fixing the machines in case of malfunction or picking the tab for maintenance – thus bringing down the cold storage costs to zilch.

Ironically, the margins on original prices are also meant to favour the shopkeepers. According to Wali, who sells beverages on the retail price set by the companies, the minimum profit on each bottle is Rs2 and even after taking out all costs and expenses the shopkeepers can make a decent profit.

“I have done a basic calculation. If I sell minimum 50 soft drink bottles everyday – which is way too low of an average – I earn Rs100 daily,” said the restaurant owner. “Now if at the end of every day I keep Rs50 in my profit and Rs50 for the electricity cost of chiller, at the end of the month I am left with Rs1500 for the cost of chiller which hardly costs me Rs700 in bill actually, so you can see what profit I can earn if my sales are at a bare minimum,” said he.

If this calculation is taken into consideration, a shopkeeper on lowest sales volume may still make Rs2300 every month – without any schemes or promotional activity.

The irony magnifies further when shopkeepers, who completely keep this earning off the tax books use sales tax – which is already included in company’s printed price – as another justification for the increased prices. Many shopkeepers unhesitatingly use the sales tax as some hidden pricing to satisfy customers inquiries and uninformed customers consider it a legitimate factor in overpricing of the soft drink.

“I noticed the price printed on a Pakola bottle once and I thought the shopkeeper charged extra because of sales tax or some other tax,” said Saniya Aijaz, resident of Gulshan-e-Iqbal, Karachi.

We requested Aijaz, who buys Pakola (a product of Pakistan Beverage Limited) quite regularly to recheck the price next time she buys a bottle and then figure out the sales tax.

A day later, Aijaz said, “The 500ml bottle is for Rs40 including sales tax and now I realize how I have been paying extra all this time.”

Aijaz is one of those many consumers who unknowingly contribute to the undocumented economy with every bottle of soft drink they buy. Although, a few consumers seemed unbothered by the fact that it’s mere Rs10 that they are being charged extra, many of them seemed appalled when they figured out that their consumer rights were being exploited but also as many as Rs10 million are going unaccounted for daily in the city and a much larger sum never makes it to tax records as shopkeepers while filing their income in tax records are only accountable for the prices printed on the label – the rest disappearing in pockets deep and wide