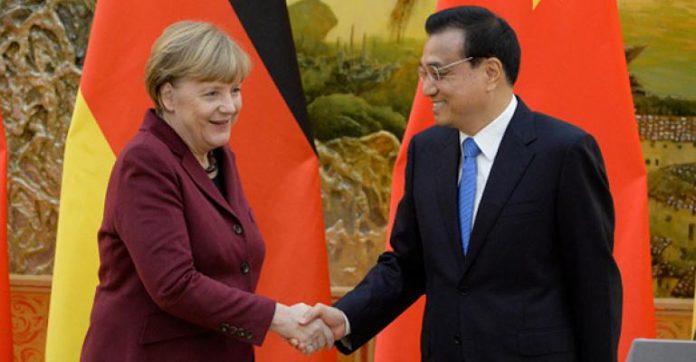 BERLIN: The visit of Chinese Prime Minister Li Keqiang to Germany is intended to signal that the two exporting powerhouses stand together against unilateralism and protectionism, Beijing’s ambassador to the European Union said.

The trade conflict between Europe, China and the United States is high on the agenda for the consultations between Li and Chancellor Angela Merkel in Berlin on Monday.

In an interview with Handelsblatt newspaper, ambassador Zhang Ming warned that China and Europe were prepared to do what it takes to retaliate and show the United States that a policy of escalating trade conflict would be harmful.

“China has tried extensively to stop the trade conflict with the United States escalating into a trade war but it takes two hands to clap,” Zhang Ming said in the interview, adding that no one would profit from a global trade conflict.

The United States and China exchanged the first salvos in what could become a protracted trade war last week, slapping tariffs on $34 billion worth of each other’s goods and giving no sign of willingness to start talks aimed at a reaching a truce.

“The Chinese are peaceful people and I think the Europeans as well, but we must demonstrate to the trade war’s initiator that its action is wrong,” he said.