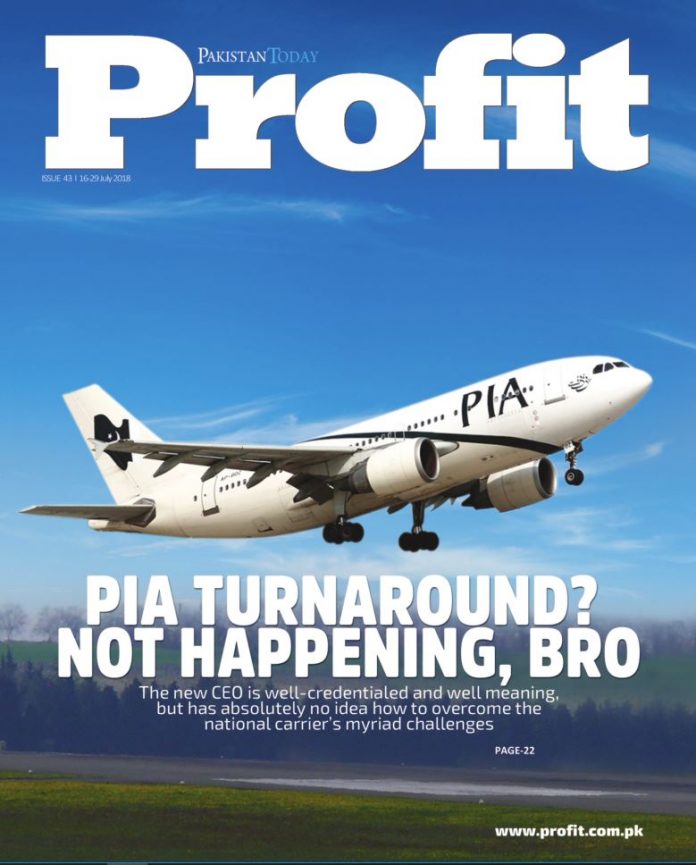 It is no secret that Pakistan’s state-owned enterprises are almost invariably badly run, but even by the Government of Pakistan’s atrocious standards, the national airline is a class of its own. Pakistan International Airlines has a storied history, one that middle-class Pakistanis never tire of talking about. Nonetheless, there is no denying that PIA is now, and has been for decades, a basket case.

The new CEO of the company – Dr Musharaf Rasool Cyan – is, by most accounts, a highly accomplished professional and we have no doubts as to the sincerity of his desire to improve the operations and performance of PIA. It is also undeniable that he appears to be making at least initial strides in his plan for the company’s turnaround.

Ultimately, however, PIA’s problems stem from the fact that it is a bloated institution that is seen by its employees as the source of high salaries for very little work, and is seen by the Pakistani upper middle class as the source of continued cheap air transit to parts of the country that might not otherwise have viable air transportation options. Both of these are unsustainable without substantial reform, which is unlikely to be possible so long as the airline remains a (very expensive) ward of the state. Only when the approximately Rs40 billion annual taxpayer-funded subsidy to the airline is removed will the company’s management and employees seriously face the music and make the changes that are needed.

At Profit, our inclination is to oppose direct government ownership of commercial enterprises, and PIA is no different. We understand that the government has a legitimate policy interest in maintaining air transit links to smaller cities in Pakistan, something that purely commercial enterprises would not do on their own. But there are far better ways of doing so than the government directly owning an airline, most simply by including mandates for coverage of small airports by any entity that wishes to get an airline license.

We wish Dr Cyan the best of luck in his attempts to turn around the national carrier. We fear, however, given the country’s past experience with such efforts, this this attempt too shall be Quixotic.