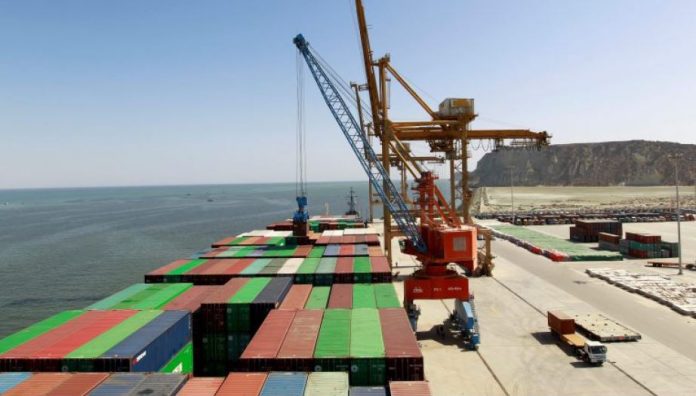 ISLAMABAD: Pakistan and China on Sunday reached an agreement to officially extend invite third-party investors to become a part of the $60 billion China-Pakistan Economic Corridor (CPEC).

In addition, regional development and social sector schemes will be added to the existing portfolio of CPEC projects, reports Dawn.

According to sources, China was keen in involving countries friendly to both the countries in the upcoming special economic zones (SEZs) due to its wishes stay away from adverse criticism, especially from India and the US, regarding the likelihood of secretive deals which remain beyond the public eye.

Although no country got mentioned specifically during the meeting albeit Central Asian, European and other countries including Saudi Arabia, Turkey and Russia could invest in the proposed nine SEZs, stated an official.

Also, Gwadar would be re-prioritized as a hub of industries for export markets in which the aforementioned countries could invest alone or in partnership with Pakistan or China.

This would allow these above-mentioned countries to take advantage of Gwadar city’s trans-shipment promise and location aside the free-incentives it offers.

This would be possible by making modifications in the seven central pillars of CPEC’s Long Term Plan.

But the official admitted Pakistan and China had not been able to resolve key issues regarding development of Hattar and Rashakai SEZ in the first stage of industrial cooperation.

He said it would be arduous to attract “third-country” investment on an immediate basis.

Moreover, the official contended both countries would work in tandem to attain big objectives and remembered not even the basic issues of CPEC were resolved in the first meeting.

The planning minister has directed appropriate agencies to take several SEZ projects to the groundbreaking phase in a span of three months since a lot of time had already been lost.

In an official statement, the Planning Commission stated, “Realigning the goals of CPEC, Pakistan has introduced new targets of socioeconomic and regional development under this unprecedented mega project.”

Also, Mr Bakhtiar repeated the government’s obligation to the CPEC and clearly said all-out efforts would be conducted for making the CPEC project successful for prosperity and economic development.

“CPEC is a reality… aimed at initiating a modern era of trade and economic growth”, said the statement.

And to attain new targets, the government was focused on putting all its efforts to ensure progress at the earlier, the official stated.

During the meeting, both Pakistan and China stated CPEC was an “icon of the Belt and Road Initiative” and the vehicle of rapid growth for the country and a display of the strong Pak-China relations which could continue to enable inclusiveness.

The visiting Chinese delegation was apprised by the Pakistani counterparts that the newly-installed PTI government had designated top priority to the development of Gwadar as an independent project.

Gwadar would be converted into a trans-shipment hub and a centre for industrialization with a special concentration on industrial units being offered incentives that could produce a high rate of return.