Termed as the biggest deals in the history of the company, it would have made Edotco the 8th largest independent tower company globally. 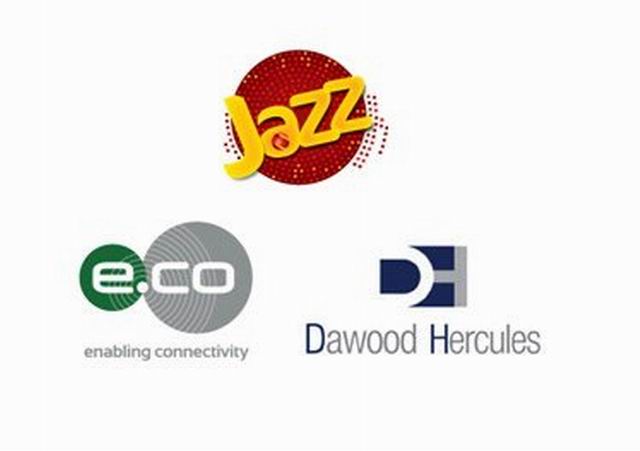 LAHORE: In a notification to the bourse Dawood Hercules Corporation Limited (DHCL) has revealed that the company will no longer be investing up to Rs17.453 billion in Edotco Pakistan (Pvt) Limited, since edotco has failed to comply to the terms of the agreement.

The notification read, “Further to our disclosures dated August 30, 2017, and January 19, 2018, we hereby notify you that we are no longer pursuing the transaction to invest up to PKR17,453,000,000 (Rupees Seventeen billion Four Hundred and Fifty-Three million only) in Edotco Pakistan.”

“The Share Subscription Agreement entered into for this purpose amongst Dawood Hercules Corporation Limited, Edotco Investments (Labuan) Limited (Edotco Labuan) and Edotco Pakistan (the Agreement) prescribed various conditions that needed to be satisfied before consummating the transaction. Out of the said the conditions, certain material conditions have not been satisfied prior to the longstop date prescribed in the Agreement,” the Company Secretary Shafiq Ahmed said in the statement.

The notification further read, “We have therefore earlier today (Monday) exercised our right to terminate the Agreement in accordance with the terms of the Agreement and have so notified Edotco Labuan and Edotco Pakistan. You are requested to disseminate the above decision to the members of TRE certificate holders.”

Edotco, the infrastructure business unit of Axiata Group Bhd, said in a statement it had failed to obtain regulatory approval for the change of control of the towers.

“The transaction was subject to a number of conditions and terminated due to the non-fulfillment of the conditions precedent to the SPA within the stipulated timeframe, in particular, regulatory approval for the resulting change of control contemplated under the SPA,” it said.

edotco Group Chief Executive Office Suresh Sidhu in a statement issued early on Monday, said “We do not foresee this affecting our business goals and aspirations. We are confident in the potential of the growing market in Pakistan and are committed to the existing operations there. We continue to develop our pipeline of opportunities into Pakistan as well as into other markets in South and South East Asia and are confident we will be able to meet our goals for business growth.”

edotco Pakistan Country Managing Director Arif Hussain, added “We have seen strong progress in Pakistan since our first acquisition here and business continues to grow with new orders for sites as well as high demand for adjacent opportunities such as energy solutions. We remain focused on building the business in Pakistan.”

At end of August 2017, DHCL in partnership with Edotco entered into an agreement with Veon Pakistan Limited to acquire its wireless tower business in Pakistan for $940 million.

Moreover, earlier in March 2018 DHCL announced that it was selling its 14.91 per cent stake in Hubco and was planning to use its proceeds to acquire a 45 per cent shareholding in Edotco, said the company’s CEO Inam-Ur-Rehman.

Meanwhile, earlier in mid-January, Dawood Hercules in a notification sent to the Pakistan Stock Exchange had announced a plan of an equity injection of Rs17.453 billion in Edotco Pakistan (Pvt) Limited.

Rehman said disposal proceeds from the transaction of divesting its stake in Hubco would be used for investing in Edotco.

From the total investment, the loan amount would not cross Rs10.13 billion at a markup rate of 10 per cent per annum.

Veon is the majority shareholder in Pakistan’s largest mobile operator Jazz, formerly known as Mobilink. Edotco had earlier wrapped up a $89 million purchase of 700 towers which were owned by Tanzanite Tower Pvt, according to Axiata.

By acquiring these 13,000 wireless towers in Pakistan, Edotco, the infrastructure arm of Axiata would become the biggest telecommunication tower operator in the country.

As part of the transaction, DHCL was to invest a 45 per cent equity stake with the remaining 55 per cent control stake to be held by edotco. The total transaction consideration for the proposed acquisition was estimated at $940 million, which would be funded through a combination of debt and equity.

Edotco operates and manages a regional portfolio of over 26,000 towers across core markets of Malaysia, Myanmar, Bangladesh, Cambodia, Sri Lanka and Pakistan with over 18,400 towers directly operated by edotco and a further 8,100 towers managed through a range of services provided.

At the time of filing this report, Dawood Hercules Corporation shares were trading at Rs109.00, down Rs1.33 or 1.21 per cent.