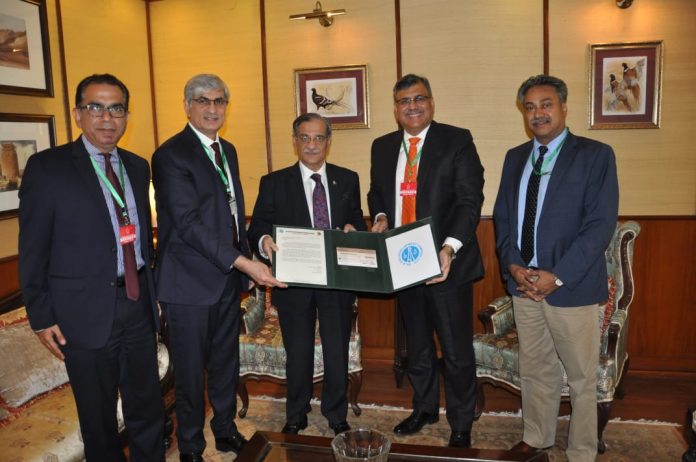 ISLAMABAD: Keeping in view the urgency and seriousness of water crisis in Pakistan, the Oil and Gas Development Authority (OGDCL) has shown full support for the establishment of Diamer Bhasha dam, an initiative of the Chief Justice of Pakistan. As a first step, OGDCL employees have contributed Rs 36 million towards the noble cause.

According to a press release, the company earmarked 1 per cent of its profit for public welfare projects and laid special emphasis under its CSR programmes for water supply, water resource development and conservation. Since the company’s operations were mainly in remote areas, OGDCL has always played a proactive role to overcome the water crisis by supplying clean drinking water to local communities residing around its concessional/operational areas. OGDCL assured that financial support for this cause will continue in the future as well.

The company pledged its commitment to support all such actions and programmes to strengthen the nation in order to ensure sustainability and to make Pakistan a prosperous country.