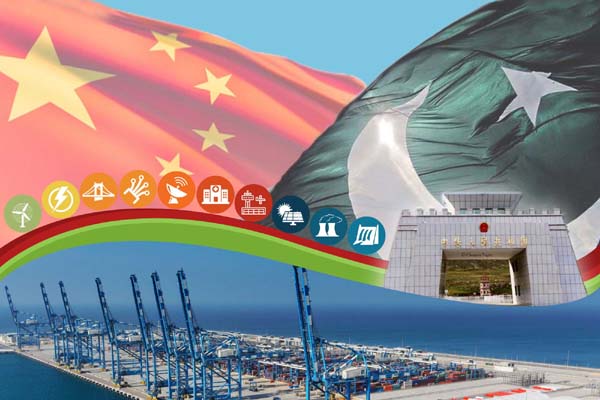 ISLAMABAD: Pakistan on Thursday said that China-Pakistan Economic Corridor (CPEC) related debt servicing to China is to commence from the year 2021, while the benefits of these investments to the Pakistani economy far outweigh the scheduled payments.

Talking to Pakistan Today, the focal person of the CPEC project said that CPEC does not impose any immediate burden with respect to loan repayments and energy sector outflows.

Meanwhile, another official linked to the CPEC project said that only one project under the CPEC loan umbrella – the Pakistan China Optical Fibre Project, had matured.

“We don’t have to pay anything to China immediately. The debt servicing would start by 2021 and since these loans are long-term and concessional in nature, Pakistan would not face any issues in paying outflows. However, the benefits of these projects to Pakistan would be manifold,” the official said.

When asked about the recent western media reports about debt burden on Pakistan, the spokesman rubbished the same and said that the western media’s recent reports regarding CPEC are based on incorrect information, distorted facts and one-sided opinions of individuals.

“CPEC finances are divided into government to government loans, investment and grants. The infrastructure sector is being developed through interest-free loans,” the source said.

“Look, CPEC is the flagship and the most active project of the Belt and Road Initiative. We have actualised 22 projects of worth $28 billion over the past four years since CPEC was launched. Hence, CPEC cannot be compared with Chinese overseas investment in Sri Lanka or Malaysia as CPEC’s framework and financial modes are altogether different in nature,” the spokesman said.

The official said that the Gwadar Port is grant-based which means that the Government of Pakistan does not have to pay back the invested amount for the development of the port.

“Energy projects are being executed under Independent Power Producers (IPPs) mode and finances are mainly taken by the private companies from China Development Bank and China Exim Bank against their own balance sheets, and therefore, any debt would be borne by the Chinese investors instead of any obligation on part of the Pakistani government,” the official added.

The spokesman said Pakistan has opted for Chinese investments under CPEC due to the favourable financing arrangements.

“We need to remember China stepped forward to support Pakistan’s development at a time when foreign investment had dried up, and economic activities were being crippled by energy shortages and infrastructure gaps. CPEC has provided enormous opportunities for Pakistan to grow economically,” the official added.

When asked about the impact of CPEC on Pakistan’s Gross Domestic Product (GDP), the spokesman said that CPEC is an engine for economic growth and is expected to increase Pakistan’s GDP growth by two per cent to three per cent.

The official said that Pakistan has repeatedly stated that it is fully committed to CPEC, which enjoys complete consensus among all institutions and political forces in Pakistan as CPEC  is a key to the future of Pakistan’s socio-economic development.

“Within the broad parameters of the already approved CPEC framework, the present government, with the mutual consultation of the Government of China is broadening the base and expediting the pace of CPEC”.

When asked about the Saudi Arabian investments in the CPEC, the official said that a mechanism is being developed to include third-party participation in CPEC.

“The socio-economic development and poverty alleviation are being included in the CPEC and a separate working group is being established to fast track this dimension of the mega project. Gwadar continues as prioritized and being developed as a standalone project and a trans-shipment hub based on blue economy principles. Industrialization under CPEC has already been fast-tracked and four SEZs would hit the ground soon,” concluded the official.