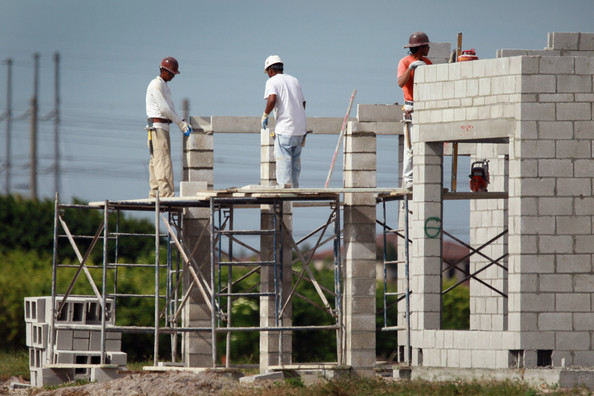 KARACHI: Association of Builders and Developers of Pakistan (ABAD) Chairman Muhammad Hassan Bakshi has urged Prime Minister Imran Khan to ensure a reduction in the prices of cement, steel bars, tiles and other construction materials in order to facilitate the much-coveted Naya Pakistan Housing Scheme.

He also asked the prime minister to appoint leading personality from private construction sector as head of the PM’s Task Force for the said scheme.

Addressing a press conference at the ABAD House on Monday, he said that the association has supported the prime minister’s initiative of Naya Pakistan Housing Scheme wholeheartedly and it will enhance its strength and membership for early implementation of the scheme.

He said that only the members of ABAD will be allowed to work for the PM’s housing scheme, however; he hurriedly clarified that the association is not establishing a monopoly but wants to bring all builders and developers under one umbrella.

He clarified that other builders and developers from private sector will also be provided to one window facility with regard to the PM’s housing scheme.

The ABAD chairman demanded the government to restore Fixed Tax Regime (FTR) for the construction sector, adding that the members of ABAD will construct and handover the possession of houses within one-and-half-a-year with minimal profit.

He urged the government not to run the housing scheme as China Pakistan Economic Corridor and give equal opportunities to local investors and builders, besides bounding foreign investors to work on partnership basis with local investors.