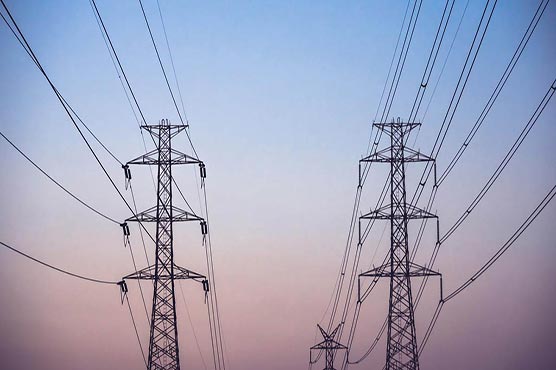 ISLAMABAD: The Economic Coordination Committee (ECC) on Wednesday approved a 10 per cent increase in the power rates for consumers using more than 300 units.

The decision was taken in a committee meeting headed by Finance Minister Asad Umar.

Commenting on the government’s decision to hike the power tariff, Umar said that the decision was inevitable due to the growing circular debt and economic challenges facing the country.

“However, the government has decided to decrease the power tariff for the agricultural sector by five per cent,” he said.

According to reports, the ECC has not increased the tariff for domestic consumers of up to 300 units, as well as for small and medium commercial consumers. Tariff for agricultural tube wells has been reduced from Rs10.35 per unit to Rs5.35 per unit, while only a minimum increase of 78 paisas was approved for industrial consumers in all categories with a continuation of Rs3 subsidy per unit. For the five export-oriented industries, it would be ensured that the cost of electricity does not exceed 7.5 cents per unit, while there would be no increase in tariff for schools and hospitals.

During the last meeting on October 22, ECC members had deferred the decision on an increase in the power tariff and decided to meet on Oct 24 to consider it.

According to earlier reports, the government wanted to increase the power tariff in two phases.

“The Ministry of Power has sought permission from National Electric Power Regulatory Authority (NEPRA) regarding increasing the power tariff by Rs3.74/unit in two phases, however, the government is facing difficulty in increasing the price after NEPRA’s new tariff,” a media report said quoting ministry officials.

“NEPRA has upheld that the phase-wise rise will further increase the government’s economic problems,” it had added.

Earlier this month, an International Monetary Fund (IMF) team which visited Pakistan called for a further hike in gas and power tariffs.

An IMF team led by Harald Finger visited Islamabad from September 27 to October 4 to discuss Pakistan’s economic situation and exchange views on necessary policies for economic stabilisation and sustainable and inclusive growth.

At the end of the visit, Finger “welcomed the policy measures implemented since last December” which include 18 per cent cumulative depreciation of the rupee, interest rate increases of cumulatively 275 bps, fiscal consolidation through the budget supplement proposed by the minister of finance, a large increase in gas tariffs closer to cost recovery levels, and the proposed increase in electricity tariffs.

The increase in power rates also comes a day after the Saudi government stepped forward with a $6 billion bailout package for Pakistan’s ailing economy.

The package includes $3bn balance of payments support and another $3bn in deferred payments on oil imports.

20 paisa hike per unit: A hike of 20 paisa per unit in the tariff of all power distribution companies, except K-Electric, on account of fuel cost adjustment for September 2018 has been approved by the NEPRA.

The authority took the decision at a public hearing on Wednesday of a petition filed by the Central Power Purchasing Agency (CPPA) on behalf of the power distribution companies.

Responding to that, NEPRA members said had the rupee not been depreciated, the consumers could have got a relief of 30 paisa per unit.

The rupee’s weakness put an additional burden of Rs8 billion on the consumers, they said and pointed out that if more electricity was generated from coal and re-gasified liquefied natural gas (RLNG), the consumers would have received additional relief.

The tariff rise, however, will not be applicable to lifeline consumers who consume up to 50 units in a month and K-Electric consumers.

The increase came after the cost of fuel went up in September while power consumers paid lower tariffs. The tariff revision would help recover the lost amount, NEPRA said.

Ex-Water and Power Development Authority (WAPDA) distribution companies would collect the additional 20 paisa per unit in the electricity bills in November 2018. They would receive an extra Rs2.4 billion from electricity consumers in next month’s bills as a result of the tariff adjustment.