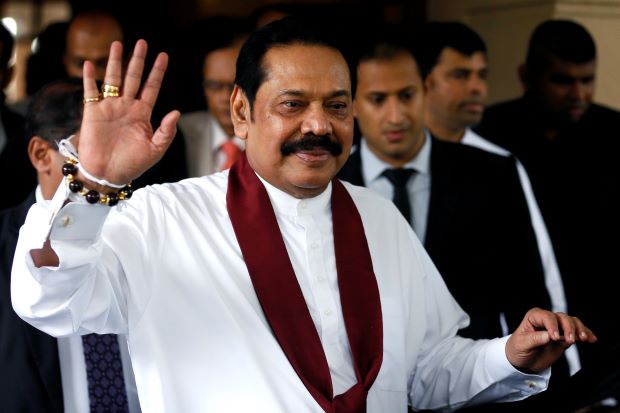 COLOMBO: The European Union will consider stripping Sri Lanka of its duty-free access if it backs off commitments on rights, the EU ambassador said, amid worries stoked by the president’s replacing of the elected premier by a wartime nationalist.

The European Union is worried the return of Mahinda Rajapaksa, as prime minister, could derail halting progress made towards national reconciliation following a war with ethnic minority Tamil separatists that killed tens of thousands, many during the final stages under his watch as president.

“The government got GSP on the basis of certain commitments, if these commitments are not met, then we would consider withdrawal,” EU ambassador to Sri Lanka, Tung-Lai Margue, told Reuters on Thursday.

Margue was referring to Generalized System of Preferences Plus status, under which Sri Lanka’s top exports of garments and fish get lucrative concessions in the world’s largest single market.

Margue was among a group of diplomats who met President Maithripala Sirisena this week for a briefing on the crisis sparked by his sacking of the prime minister.

The EU provides the trade concessions to developing countries, while it also monitors certain conditions including human rights.

Sri Lanka promised the EU in 2016 it would work toward reconciliation with Tamils, who mostly live in the north and east of the predominantly Buddhist nation, through greater political and economic autonomy.

Sri Lanka also pledged to provide justice and reparations to victims of human rights violations committed during the 26-year civil war, many of which were blamed on Rajapaksa and his brother, Gotabaya Rajapaksa, who was his defence secretary.

Both say the military only targeted insurgents, not civilians.