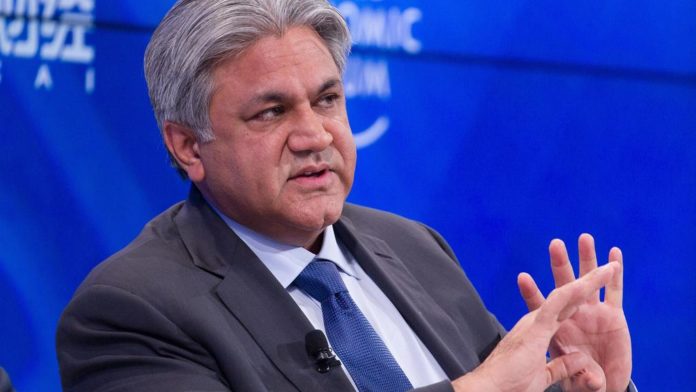 The past 12 months weren’t great for emerging markets—but it’s been far worse for Dubai-based private equity firm Abraaj Group and its founder Arif Naqvi. Bad fortune of being in the wrong place with the wrong people at the wrong time, including a scandal at a key lender, is what did them in.

Its fall from being a respected, $14 billion powerhouse in the world of impact investing in private equity to a company offered a buyout of just $1 is in one of the biggest stories in emerging markets this year. At one time, it was the largest private equity firm in the world, attracting the likes of the Gates Foundation.

According to a Forbes report, One London-based private equity fund manager who did not have money in any Abraaj funds and wished to remain anonymous commented, “There are over 3,500 private equity firms globally, and this is the biggest flame out of them all. Ever.”

Many creditors who are owed a combined $1 billion agreed to explore a restructuring deal in early May. But the Kuwaiti Public Institution for Social Security (PIFSS), an unsecured lender, demanded liquidation proceedings following a default this summer on $100 million in debt plus $7 million in interest. The loan was part of a $200 million five-year lending deal signed in 2013. The Kuwaitis fast-forwarded the crisis at Abraaj, which was trying to sell some of its assets to private equity firms, like Cerberus Capital Management in the US Cerberus walked away as a potential buyer this summer when it became clear that PIFSS wanted to force a bankruptcy. Such a move would cheapen the value of the assets a buyer was acquiring.

As a lender, the Kuwaitis were the most aggressive. PIFSS says it put $731 million into investment funds and credit lines with Abraaj between 2004 and 2013. Over the years, the Kuwaitis said they received $346 million in payments. The $100 million default, coupled with in-house problems at PIFSS, had them scrambling to recover its debt, people close to the Kuwaiti side said.

Abraaj held numerous meetings with the Kuwaitis and other lenders starting in the second quarter. But PIFSS separated from other creditors and filed a liquidation petition. At the time, people working on the Abraaj firm’s restructuring wondered why an unsecured lender would do such a thing, because unsecured lenders are the last lenders to be paid.

Independent investigators with ties to Kuwaiti wealth management speculated that PIFSS’ new management team was undergoing a house cleaning after the previous management. They said that PIFSS was going after potential links to that older team, which included some American funds and Abraaj. This may explain the push for liquidation, they say—to show the Kuwaiti public that they were good fiduciaries. The Kuwait situation reflected negatively on Abraaj’s reputation and put them in the crosshairs of a domestic feud.

Lawyers for PIFSS did not return a request for comment.

The Kuwaiti move got Abraaj to apply to the Grand Court of the Cayman Islands on June 14 for a moratorium on lenders seeking immediate payment. The Cayman court agreed on November 20 to an extension for Abraaj’s joint provisional liquidators, led by PwC and Deloitte, to devise a restructuring proposal over the next three months. The decision saves Abraaj investors from years of lawsuits and advisor fees. Some advisors anonymously commented that Abraaj’s liquidation has been “a feeding frenzy” from all sides.

“The fact that the court ruled in favor of an extension despite attempts to derail it means there is hope,” one Abraaj investor said, adding that Abraaj’s management “is hellbent” on ensuring the “best possible outcome” for creditors and investors. Had the court denied the request for a moratorium, Abraaj would have been forced to liquidate its assets at steeper discounts, seriously hurting creditor recoveries.

Naqvi, a Pakistani expatriate who lived in Dubai for nearly 25 years, created Abraaj in 2002 with around $60 million, mostly from his own money. He was known as a pioneer of emerging-market private equity and impact investing in countries from Africa to southeast Asia. At its height, Abraaj managed $14 billion thanks to organic growth, with 25 offices worldwide.

In October 2017, four investors—the Gates Foundation, CDC, World Bank and Proparco—saw that cash from Abraaj’s Healthcare Fund was put into treasury. They requested that all the drawn down capital be repaid to the fund. Abraaj agreed to return surplus drawdowns by year-end and asked the funds’ auditors, KPMG, to certify that all the monies that had been drawn down was being used for their stated purposes. This led foreign investors to worry that Abraaj was using money inappropriately, at the expense of shareholders.

“There has been no misappropriation of funds,” Habib Al Mulla, executive chairman of Baker McKenzie and chairman of the Dubai International Arbitration Center’s Board of Trustees told CNBC on November 9. Deloitte said all money taken from the funds was accounted for, adding that there was no evidence of embezzlement or misappropriation.

Al Mulla, who also serves on the Panel of Arbitrators run by the International Center for Settlement of Investment Disputes, a World Bank umbrella group, said “(Dubai) will overcome it.” The World Bank is also an investor in Abraaj funds.

Naqvi did not return requests for comment. He spent the last 9 months talking to his biggest creditors, nervous portfolio companies and other Abraaj stakeholders.

According to an off-the-record Abraaj insider, the liquidation process involving two separate provisional liquidators—one for the Abraaj Holding company and the other for Abraaj Investment Management—led to counter-claims between the two Abraaj entities in June. Those legal claims meant liquidity was trapped between the two for months, which is why creditors have been put on hold and cash flow is required to restructure.

It is unclear if Abraaj’s liquidity crisis will improve because of the Cayman ruling or if they emerge from this as a new private equity company.

Their downfall was well-reported in the financial press. The focus centers on the Abraaj Global Healthcare Fund, the strategy of which was the brain child of Naqvi. The fund was managed by Abraaj Managing Partner Sev Vettivetpillai and fund manager Khawar Mann. The private equity fund was a dedicated $1 billion portfolio of healthcare-related projects and startups aimed at providing healthcare in underserved regions in countries like India. The fund ran into trouble when politics got in the way of projects in Kenya and later land acquisitions in Nigeria and building regulations in Pakistan.

Abraaj was run as one big holding company. Deloitte reportedly said the money taken from their health fund and moved to Abraaj Treasury, which caused some investor panic, was also used to pay management expenses. They used the cash to meet expenses while ensuring that health funds also met their hurdle rate, Abraaj said. In private equity lingo, a hurdle rate is a guaranteed yield on investment.

Abraaj said that moving money from its legacy funds was normal operating procedure prior to 2012. Investors and creditors knew Abraaj was run as one structure, so pulling money from one fund to another was not at the expense of the whole. All surplus capital was used to deploy capital towards growth. Moreover, when their private equity funds couldn’t support their portfolio businesses with more capital, Abraaj’s roughly $1.5 billion balance sheet was used as a lender.

“This was not traditional private equity investing,” one private equity fund manager told me. “They prioritized growth over living within management fees or short-term profitability.” Foreign investors saw things differently and wanted out.

Around the same time the healthcare fund was raising alarm bells, Pakistani power company and portfolio holding, K-Electric, ran into problems with the Pakistani government.

Abraaj invested over a billion dollars in the Karachi power company. K-Electric was once part of a textbook turnaround story for Abraaj. Shanghai Electric Power was a committed buyer in September 2016, and Abraaj agreed to exit the transaction at a premium. But regulation and new elections continued to delay the China deal, which served as a cornerstone in the new alliance between Pakistan and China’s Belt and Road Initiative.

K-Electric contributed to a $1 billion receivables buildup on Abraaj’s balance sheet in 2017. A liquidity crisis unfolded due to its inability to realize those receivables as cash. Abraaj turned to its lending partners to take on $500 million in fresh debt to fund their operations. Deloitte auditors said that Abraaj’s lax governance, rather than misappropriation of funds, allowed problems to get out of control.

One of Abraaj’s provisional liquidators resigned as temporary manager of the health fund in August. It’s now run by the global management consulting firm AlixPartners in New York. They reportedly attempted to forfeit the Abraaj position in the fund totaling some $40 million, causing some creditors in Dubai to question the wisdom of the liquidation team.

Most of the companies in its portfolio are not distressed but treated as such. The good news for Abraaj and its creditors is that the failure by the Kuwaitis to force bankruptcy means the companies in Abraaj’s private equity funds are less likely to continue losing value. Abraaj’s main asset—limited partnership stakes in their funds—will likely hold value for creditors.

Abraaj was valued in excess of just $2 billion prior to its court case. It is unclear who will swoop in now. Colony Capital of Los Angeles is also a potential buyer.

The Deloitte joint provisional liquidators put some of Abraaj’s private equity funds up for sale prior to the court’s ruling, a move that one company insider thought was done in haste.

Abraaj’s funds invested in over 200 companies across the emerging markets. Some were traditional private equity plays like Turkish online travel agency Biletall, Indorama Fertilizers based in Nigeria and natural gas projects in Chihuahua, Mexico, to name a few. Globally-focused private equity firms can become dominant players in emerging-market private equity by acquiring Abraaj’s holdings. Its perfect storm will result in others companies filling that void.

The same Abraaj insider sourced earlier says the company’s focus on impact investing—creating change in the growth markets—was hard to measure. But fears that Abraaj management was illicitly managing shareholder funds is misplaced. Their downfall has more to do with its business model, a model that turned Abraaj from the biggest emerging- and frontier-markets PE firm, to perhaps the biggest discount sale in emerging-market assets in 2019.

Abraaj was hit from all sides—creditors bailed, portfolio companies lost deals and new projects were stalled. Now, as one attorney from the group told me on the condition of anonymity, “Naqvi is just committed to maximizing value for those creditors and allies whose supported him on this journey—often at his own expense.”

For now, the Cayman Court stopped the bloodletting.

“Our job is to manage the restructuring of Abraaj Holdings in an orderly fashion,” said PwC’s Michael Jervis, one of the joint provisional liquidators handling Abraaj’s insolvency. Abraaj is paying over a million dollars a month in fees to firms like PwC. “We are here to safeguard the assets of the company,” Jervis says. “(We want to) ensure that the interests of creditors, employees and broader stakeholders are fully served.”