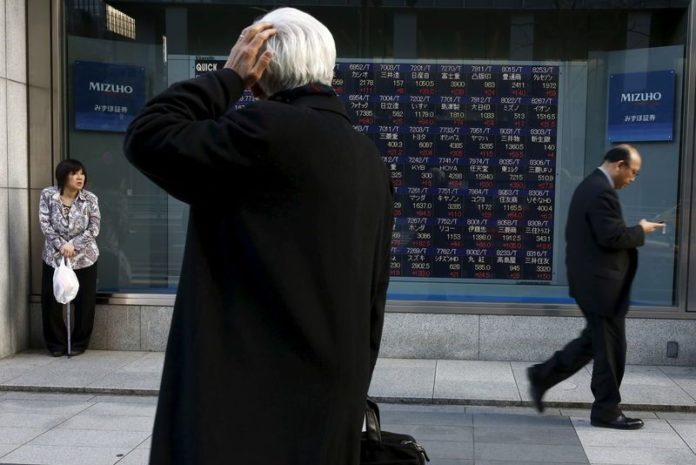 LONDON: World stock markets fought to keep a rebound alive on Tuesday after US President Donald Trump seemed to quash hopes of a trade truce with China, clouding what had been a bright start to the week.

European markets opened subdued but dipped as trading progressed, with the pan-European STOXX 600 benchmark last down 0.4 per cent, pulling back from a one-week high hit in the previous session.

Asian markets put on a brave face, with Japan’s Nikkei adding 0.64 per cent and Chinese blue chips down 0.1 per cent.

MSCI’s broadest index of Asia-Pacific shares outside Japan was last up 0.3 per cent. E-Mini futures for the S&P 500 ESc1 dipped 0.3 per cent, indicating a lower open on Wall Street.

The MSCI All-Country World Index, which tracks shares in 47 countries, was flat on the day.

In an interview with the Wall Street Journal, Trump said he expects to raise tariffs on $200 billion in Chinese imports to 25 per cent from 10 per cent currently. He said it was “highly unlikely” he would accept China’s request to hold off on the increase, planned for Jan 1.

The comments ran counter to recent speculation about a possible deal when Trump meets Chinese President Xi Jinping at the G20 summit in Buenos Aires later this week.

“The upcoming meeting between Trump and Xi is pivotal going into the year-end and for the outlook for global growth, which has shown signs of slowing,” said Lee Hardman, a currency analyst at MUFG in London.