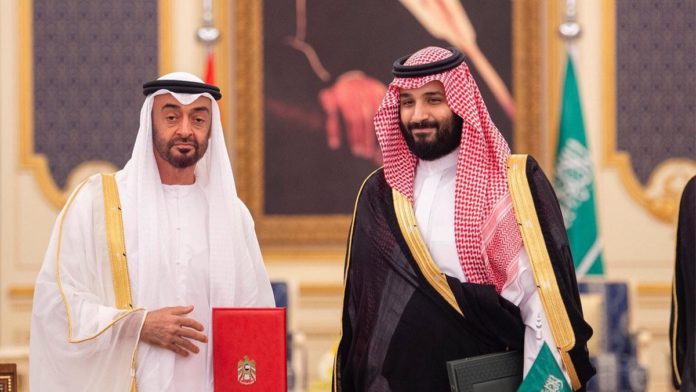 Recently, at a time when various countries and business delegations were pulling out of an investment conference in Saudi Arabia following the murder of journalist Jamal Khashoggi, Prime Minister Imran Khan had attended the event, inviting foreign investors to put their money into projects in Pakistan.

Fawad said that the federal cabinet discussed a number of matters pertaining to various sectors ranging from industry, finance and aviation.

Talking about an incoming investment package from Saudi Arabia, which promises to be “the biggest foreign investment in Pakistan’s history”, the minister said that the draft for a memorandum of understanding (MoU) will be finalised within a week.

The info minister further informed that the cabinet has directed ministries to continue austerity measures and cut expenditure by 10 per cent as checking the government expenditure was crucial to overcoming fiscal deficit.

Fawad said a presentation was given to the prime minister on the economic situation in the country, who then advised all the ministers to limit their foreign visits.

The cabinet strongly condemned the ongoing genocide of Kashmiris by Indian occupation forces as well as the imposition of presidential rule in the occupied state. The minister said that the prime minister would talk to the UN secretary general via telephone about the worsening situation in occupied Kashmir.

He said that the prime minister expressed displeasure over no change in culture at the airports, as the expatriates and foreign investors continued to face the same problems they were facing in the past. The prime minister issued a directive to the Civil Aviation Authority and the interior ministry in this regard, Fawad added.

The cabinet has decided that the National Accountability Bureau, Federal Investigation Agency and Civil Aviation Authority were holding separate inquiries into the escalation of New Islamabad Airport’s cost, the info minister informed, adding that it was directed that all those inquiries should be merged and a report be presented to the cabinet.

He said that the cabinet gave approval for issuance of licences and renewal of licenses for airlines, including the Pakistan International Airlines.

He said that the prime minister issued directives that not a single penny cut would be imposed on the funds allocated for Federally Administered Tribal Areas as per agreement among the political parties 3 per cent of the GDP was to be allocated to it.

Fawad regretted the lack of cooperation from Sindh government on the issue. He said that the cabinet discussed the revision of a master plan of Islamabad and decided that similar master plans of major cities of Punjab and Khyber Pakhtunkhwa provinces would also be prepared. He said that the government would assure that the rights of the affectees were protected.

The minister said that the government wanted to ease the visa regime to attract foreign tourists and investors. He said the Ministry of Information had already approached the foreign and interior ministries for the provision of facilities to foreign journalists.

The minister said that Pakistan had spent $1 billion on the development of Afghanistan since 2002, and currently a 200-bed Jinnah Hospital in Kabul and Nishtar Kidney Centre in Lugar province were being built.