US wants Qatar to challenge Russian gas in Europe 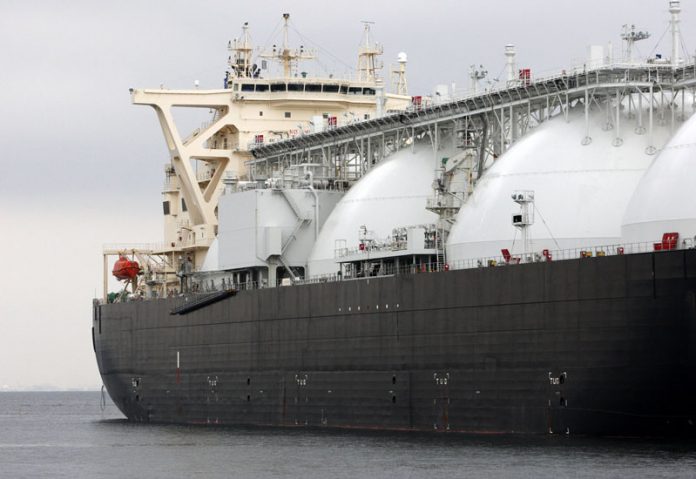 Deputy US Energy Secretary Dan Brouillette said that the United States is talking with Doha about supplying Europe with LNG as it wants Germany and other countries to import Qatari and US gas rather than from Russia, which now accounts for 60pc of German gas imports.

The United States has warned German companies about possible sanctions over the Nord Stream 2 pipeline under construction which will double Russia’s export capacity to Germany via the Baltic Sea. Germany is Europe’s biggest energy consumer.

Brouillette, speaking in Doha, said he had discussed the issue with Qatar’s Minister of State for Energy Affairs Saad al-Kaabi, who is also chief executive of Qatar Petroleum (QP).

“We are talking to Minister Kaabi here about other markets, specifically Europe, to the extent that we can talk to the Qataris about supplying European markets with natural gas,” he said in an interview. “They are very much interested in that and so are we – it’s very connected to deliberations with others we have around Nord Stream 2.”

He said Nord Stream 2 gas pipeline would increase the dependency of Germany and Europe on Russian gas, but that Germany had recently decided to help fund LNG import facilities that could offset that dependence.

Kaabi said last month that QP is looking to invest at least $20 billion in the United States over the coming few years and he expected to make a final decision on its investment in the Golden Pass LNG terminal in Texas soon.

“The Qatari investments in the Golden Pass, and in the US export facilities are very important to allow us to get that natural gas to Europe,” Brouillette said.

US President Donald Trump in July accused Germany of being a “captive” of Russia due to its energy reliance and urged it to halt work on the $11 billion Nord Stream 2 gas pipeline.

Germany rejects this charge and says it is open to diversifying its energy sources but that sales will ultimately be determined on economic grounds.

Brouillette acknowledged that LNG would cost more than piped gas but said that LNG supplies from Qatar and other countries would help diversify supply sources to Europe.

“It is good for the national security of Europe,” he said. “Cheap gas comes at a high price of freedom.”

In September, Qatar said it would invest 10 billion euros ($11.6 billion) to strengthen its ties with Germany over the next five years, including the possible creation of a LNG terminal.

Brouilette also said that the US is talking with both Saudi Arabia and Kuwait to encourage both Gulf allies to resolve a lingering issue over resuming oil production at jointly operated oilfields.

The two OPEC countries halted output from the jointly run oilfields – Khafji and Wafra – in the so-called Neutral Zone more than three years ago, cutting some 500,000 barrels per day or 0.5 percent of global oil supply.

“We have had some conversations with the Kuwaitis and the Saudis about this. My understanding is they made some progress on the offshore fields,” he said.

“They were getting closer to resolving the matter.”