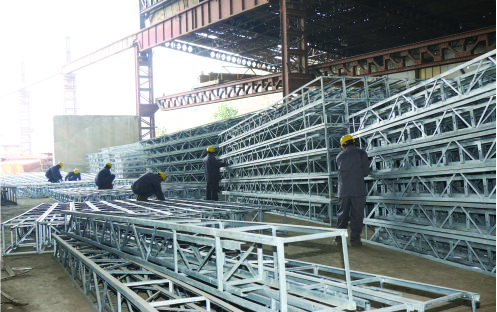 ISLAMABAD: Following an intervention from the National Accountability Bureau (NAB), the bank account of Pakistan Engineering Company (PECO), blocked by a private bank, has now been restored, it was learnt on Tuesday.

Official sources at the Ministry of Industries and Production informed that a private bank has now restored the bank account of PECO, after which the company has started procuring raw materials to restart the production of delayed orders.

Sources said that the bank was misled by PECO’s terminated officers, as they had presented uncertified documents to the bank.

“Upon the closure of the bank account, the PECO managing director had immediately approached the Ministry of Industries, Securities and Exchange Commission of Pakistan (SECP) and National Accountability Bureau (NAB), as all the commercial operations of the company were halted badly owing to the closure,” they stated.

Available copy of official documents disclosed that NAB has summoned the president of the private bank and requested him to attend the office of Combined Investigation Team (CIT) at NAB Complex in Lahore along with the logical/legal/justifications for blocking the account of PECO.

Earlier, it was revealed that the private bank had blocked the account merely on the uncertified documents tendered by a private person, who was also an accused in the NAB inquiry. “The private bank’s response to the NAB letter was unsatisfactory with reference to the blocking of PECO’s bank account,” the documents read.

An inquiry against PECO officers and others is currently underway, as the account closure caused irreparable losses to the national exchequer, sources said.

It is pertinent to mention that PECO managing director had also written a letter to the Lahore inspector general of police (operations), alleging that PECO’s former chief finance officer along with the former deputy general manager “had stolen the chequebooks of the company’s official bank accounts” and the company was unable to make payments to its suppliers and workers.