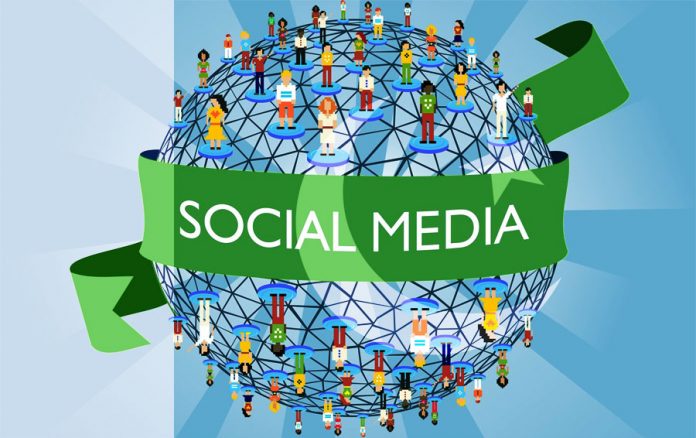 LAHORE: A Global Digital Report released by We are Social and Hootsuite has revealed active social media users in Pakistan grew by 5.7% till January 2019.

Pakistan’s mobile internet users as a percentage of the population were recorded at 21% at end of January 2019, as per the report prepared by We Are Social and Hootsuite.

The percentage remained unchanged from the previous report published in January last year, which documented Pakistan’s mobile internet users as a percentage of the population at 21%.

Annual digital growth (Jan 2018-Jan 2019) according to the report for mobile subscriptions witnessed a 5.6% increase or addition of 8 million, active social media users rose 5.7% or by 2 million and mobile social media, users grew 13% or by 4 million.

Device usage (survey-based) as a percentage of the adult population for mobile phones (any type) was recorded at 82%, smartphone 32%, laptop or desktop computer 10%, tablets 1%, television (any kind) 76% and wearable tech device 1%, observed the report.

Pakistan’s total number of active internet users based on active user data and active use of internet-powered mobile services was recorded at 44.61 million till January 2019.

The frequency of internet usage on an everyday basis for personal reasons was recorded at 58% every day, 31% at least once per week, 8% at least once a month and 3% less than once per month, the report stated.

According to data shared by We are Social, the average speed of mobile internet connections was recorded at 12.83 MBPS, recording a year-on-year decline of 9.8%.

The average speed of fixed internet connections stood at 8.04 MBPS, registering a rise of 31% YoY, said the report.

Data compiled by SimilarWeb highlighted websites ranking by average monthly traffic and showed YouTube generated the highest amount of traffic monthly of 92,300,000 and time per visit was recorded at 31 minutes and pages per visit were 14.5.

Statistics shared for social media advertising audiences revealed some interesting facts. Total advertising audience on Facebook (monthly active users) was recorded at 36 million, with the demographics being dominated by males at 79% and females at 21%.

The overall advertising on the audience in terms of active monthly users stood at 6.30 million, with females representing an audience of 33% and males at 67%.

And Snapchat’s total advertising audience on monthly active user basis was recorded at 2.15 million, with females representing 56% of the audience and males 42%.

LinkedIn’s total advertising audience in terms of registered members stood at 5.10 million with males taking a major share of 83% and females a meagre 17%.

Interestingly, Twitter’s total advertising in terms of active monthly users was the lowest out of all social media platforms, touching 1.26 million with males again being the dominant force with 82% share and females 18%.

The quarterly growth for these respective social media platforms based on active monthly users and total addressable advertising audiences was as follows, Facebook with zero percent change, Instagram recording a 5% growth, Twitter registered a decline of 8.4% alongside Snapchat of 4.4% and LinkedIn grew by 6.3%.

Pakistan’s total number of mobile connections (based on the number of cellular connections) as of January 2019 touched 154.3 million.

The percentage of mobile connections that are broadband categorized as 3G/4G was recorded at 41%, as per the report.

Pakistan’s mobile connectivity index metrics as per GSMA’s Intelligence evaluation attributed it an overall country index score of 37.08 out of a possible score of 100.

GSMA Intelligence gave Pakistan’s mobile network infrastructure a score of 34.45 out of 100, affordability of devices and services scored 56.37 out of an overall score of 100.

Moreover, it ranked Pakistan’s consumer readiness at a poor 27.77 from a possible maximum score of 100 and the availability of relevant content and services score was 35.05 out of a 100.

The report’s financial inclusion factors section recorded the data based on the percentage of the population aged 15 and over, that reports owning or using each financial product or service.

Those having an account with a financial institution was recorded at 21%, credit card a meagre 1%, has any mobile account 6.9%.

According to the report, the percentage of men making online transactions was recorded at 12% and for women, it stood at 3.3% as of January 2019.