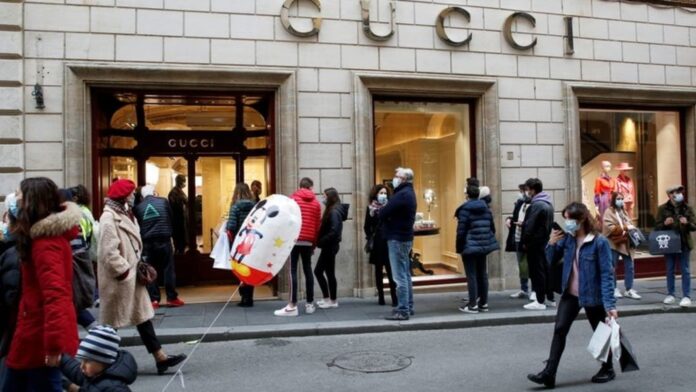 NEW YORK: Gucci and Facebook have filed a joint lawsuit in California against an individual who allegedly used the US group’s social media platforms to sell fake Gucci products, the two companies said on Tuesday.

The initiative, a first of its kind for both Gucci and Facebook, is the latest example of an Internet giant joining forces with a luxury label to fight the proliferation of counterfeit goods being sold via social media.

Amazon has filed similar lawsuits over the past year with Valentino and Ferragamo.

In a statement, Gucci – the profit engine of French group Kering – and Facebook alleged the unidentified defendant used multiple Facebook and Instagram accounts to promote her international online counterfeit business.

Online sales of luxury handbags, shoes and garments have boomed over the past year as the coronavirus pandemic forced retailers to temporarily close their stores.

Groups like Facebook are keen to make a bigger push into the luxury market and “social commerce”, but to do so they need to show that their platforms are not a conduit for counterfeiting and are safe for brands, some of which are reluctant to sell their products through third-party players.

“More than one million pieces of content were removed from Facebook and Instagram in the first half of 2020, based on thousands of reports of counterfeit content from brand owners, including Gucci,” the statement said.

It added that in 2020 alone the actions of Gucci’s in-house intellectual property team had resulted in four million on-line counterfeit product listings being taken down, the seizure of 4.1 million counterfeit products, and 45,000 websites, including social media accounts, being disabled.