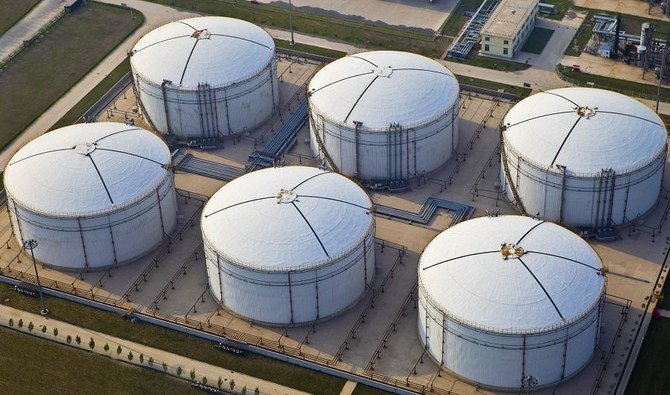 LONDON: Oil rebounded to $66 a barrel on Tuesday on speculation that a meeting of producer group OPEC+ may tweak oil output policy to address India’s coronavirus crisis that could dent fuel demand.

OPEC and allies will hold a monitoring meeting on Tuesday instead of April 28 as planned earlier. A technical meeting on Monday had voiced concern about surging Covid-19 cases, although it kept its 2021 oil demand forecast unchanged.

Brent crude was up 58 cents, or 0.9 percent, at $66.23 a barrel by 0820 GMT, after dropping 0.7 percent on Monday. US oil gained 79 cents, or 1.3 percent, to $62.70.
“Oil prices are ticking up today on trader hopes that OPEC+ may address India’s demand destruction with supply policy amendments in its coming meeting,” said Bjornar Tonhaugen of Rystad Energy.

The group known as OPEC+ is set to slightly ease oil output cuts from May 1, as demand further recovers from the coronavirus crisis. The easing plan was agreed before the surge in Indian cases.

Others expect OPEC+ to stick to its easing policy.

“We still expect that the group will announce no changes to its plan,” ING Economics analysts said in a note.

Record OPEC+ supply cuts put in place last year have helped drive a recovery in oil prices from historic lows. About a year ago, US crude traded in negative territory due to a massive supply glut.

Also in focus this week will be the latest US oil inventory reports, which analysts expect will show a rise in crude stocks. The first report, from the American Petroleum Institute, is out at 2030 GMT.