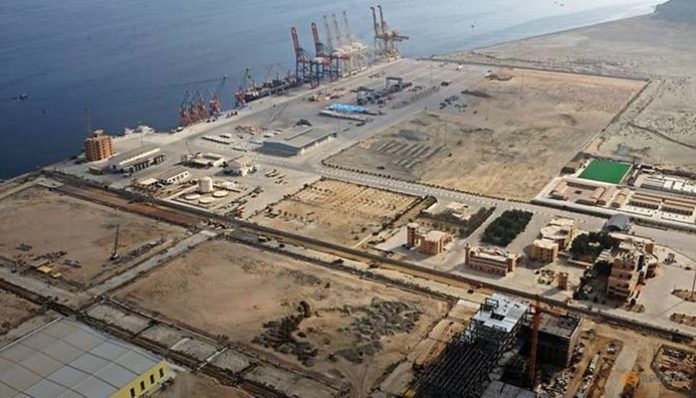 ISLAMABAD: A state-of-the-art oil refinery and petrochemical complex, being established at Gwadar deep seaport with around $11 billion Saudi investment, would open new energy vistas in Pakistan, improving the national economy and achieving autarky in the petroleum sector.

“The petrochemical complex and refinery will help bring down the country’s oil import bill by $1.2 billion annually,” he said, adding Pakistan’s annual oil consumption was around 26 million tonnes (MT), out of which 13.5MT was met through local production of eight existing oil refineries, while 50pc crude oil was imported to meet the energy needs.

The official said the refinery would have the capacity to filter 200,000 to 300,000 barrels per day (bpd) oil, while the petrochemical complex would develop POL by-product in Gwadar, the ultimate destination of China Pakistan Economic Corridor (CPEC).

Answering a question, he said a mega oil city would be constructed on around 80,000 acres land with the purpose to refine and store imported oil for onward transportation to China using the CPEC route, besides developing a fuel supply chain for the landlocked Central Asian states.

“The fuel transportation to China via Pakistan would take just seven days as import through western China takes almost 40 days,” he informed.

On another question, the official said the government was making all-out efforts to upgrade existing oil refineries and establish new deep conversion facilities to achieve self-sufficiency in this sector.

“For the purpose, the government had recently banned the import of furnace oil and announced unprecedented incentives package for setting up new deep conversion oil facilities,” he concluded.