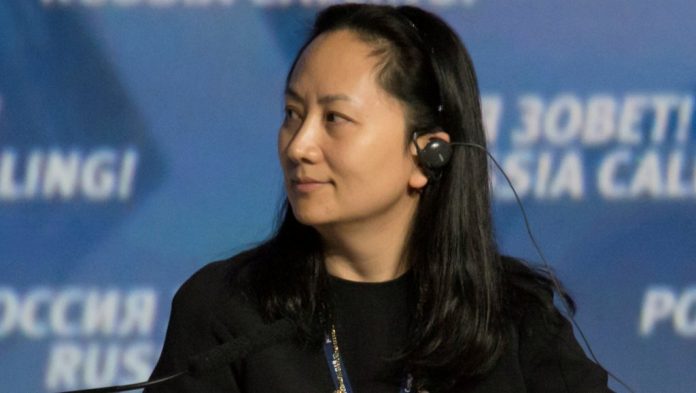 Canada said it will set a date for the extradition hearing of Chinese tech giant Huawei’s CFO Meng Wangzhou, who faces charges in the US over possible dealings with Iran.

The Department of Justice said on Friday that officials made the decision after a diligent review of the case against Wangzhou, chief financial officer of Huawei Technologies Ltd, the biggest global maker of network equipment for phone and internet companies. A department statement stressed that Canada was following its laws.

Meng’s December 1 arrest at the Vancouver airport set off a diplomatic furor and strained Canadian relations with China. Beijing has accused Washington of a politically motivated attempt to hurt a potential competitor to US technology vendors.

Meng, the daughter of Huawei’s founder, is accused of lying to banks about the company’s dealings with Iran in violation of US trade sanctions. She is free on bail in Vancouver and is due in court Wednesday, when a date for an extradition hearing will be set. The decision to proceed is a formality and allows a judge to hear arguments on whether to grant the US request.

China says US and Canada have ‘abused’ extradition treaty.

A decision to extradite ultimately must be approved by Canada’s justice minister.

“There is sufficient evidence to be put before an extradition judge for decision,” the statement said.

The Chinese government on Saturday criticised the decision as a “serious violation” of Meng’s rights and called on Washington to withdraw its extradition request.

“The US and Canada have abused their bilateral extradition agreement,” said a Foreign Ministry statement.

A Chinese court also sentenced a Canadian to death in a sudden retrial, overturning a 15-year prison term handed down earlier. Kovrig and Spavor haven’t had access to a lawyer since being arrested.

Meng is living in one of two Vancouver mansions she owns.

“We are disappointed that the Minister of Justice has decided to issue an Authority to Proceed in the face of the political nature of the US charges and where the President of the United States has repeatedly stated that he would interfere in Ms. Meng’s case if he thought it would assist the US negotiations with China over a trade deal,” said her lawyer, David Martin, in a statement.

Martin said the charges against Meng are not crimes in Canada and that his client maintains her innocence.

The Chinese Embassy in Ottawa criticized the case in a statement as “a political persecution against a Chinese high-tech enterprise.”

Huawei is a focus of US security concerns.

Washington has pressured other countries to limit use of its technology, warning they could be opening themselves up to surveillance and theft of information.

The US and China have tried to keep Meng’s case separate from their wider trade dispute, but President Donald Trump has undercut that. Trump said he would consider intervening in the case against Meng if it would be in the interest of U.S. national security or help forge a trade deal with Beijing.

The Chinese embassy statement that due to “obvious political interference,” Canada should refuse the US extradition request and release Meng.

US Justice Department spokeswoman Nicole Navas Oxman said the department pursues cases “free of any political interference” and follows evidence and the law.

Guy Saint-Jacques, a former Canadian ambassador to China, said Chinese authorities are not interested in hearing about how Canada is bound by its extradition case with the US