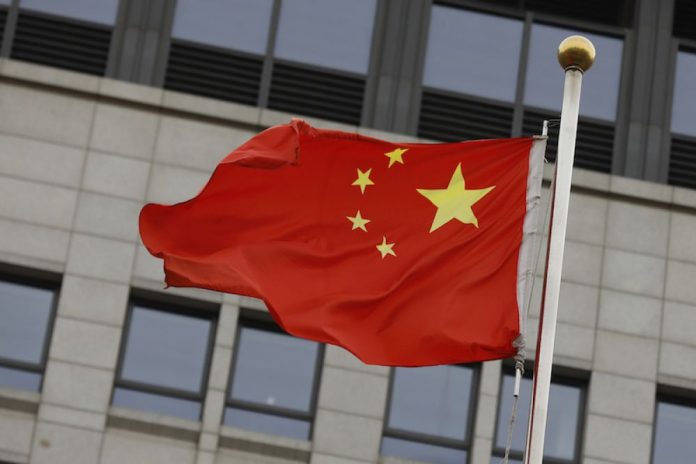 BEIJING: China’s legislature will vote next week on a highly-anticipated bill that will bring “a fundamental change” for foreign investors, an official said on Monday, in a move that could help ease US trade tensions.

The draft foreign investment law will be the most closely watched item at the annual two-week session of the rubber-stamp National People’s Congress, which opens on Tuesday.

The legislation seeks to address longstanding complaints from foreign companies, though Europeans voiced concerns that it was being fast-tracked to meet US demands on trade.

The bill will eliminate the requirement for foreign firms to transfer proprietary technology to Chinese joint-venture partners — a central issue in China’s trade negotiations with the United States.

The change will ensure that foreign investors will enjoy the same privileges as Chinese companies in most sectors, except those placed on a “negative list”.

Beijing uses negative lists to identify areas that are either off-limits to non-state businesses or that require them to go through an application and approval process.

“Areas for prohibiting and restricting foreign investments shall be clearly listed and areas outside the negative list will be fully open,” Zhang said.

“Chinese and foreign investment will enjoy the same treatment.”

“This is a fundamental change in our foreign investment management system, which will improve the openness, transparency and predictability of the investment environment,” Zhang said.

US and EU officials have long complained of a lack of fair access for foreign companies in China, as well as rampant theft of intellectual property.

Tim Stratford, chairman of the American Chamber of Commerce in China, said last week “our initial impression is positive” but that businesses were waiting for further detail.

But the European Chamber of Commerce said it fears the legislation is being fast-tracked to meet US demands.

The NPC will vote on the draft law on March 15, the last day of its annual session.

PARIS: European and Asian motorists may have to contend with high petrol and diesel costs for months to come as a rise in crude...
Read more
- Advertisement -