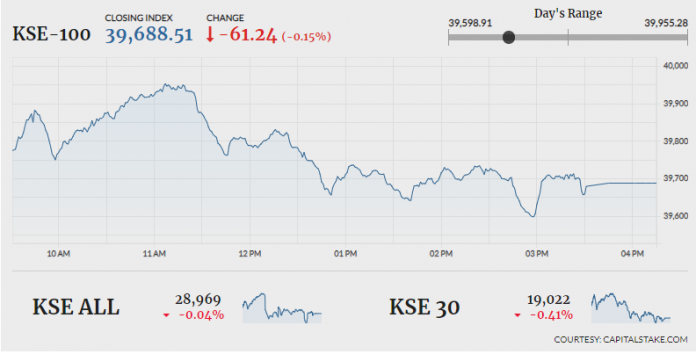 KARACHI: Breaking the trend from the previous session, Pakistan Stock Exchange (PSX) ended the day negative. The indices that traded in green in the early hours went downhill as tensions between Indo-Pak escalated. Foreign investors offloaded a net of $0.98 million on Monday.

According to the latest data released by All Pakistan Cement Manufacturers Association (APCMA), sales of the cement industry declined by 19.05pc in the month of February. The cement despatches were recorded at 3.325 million tonnes in February 2019 as compared to 3.780 million in February 2018.

Chashma Sugar Mills Limited (CHAS -2.27pc) declared its financial results for the year ending 30th September 2018. A final cash dividend of Rs1.50 was also announced by the company. The company’s sales declined by 9pc YoY while, earnings per share improved from Rs3.21 last year to Rs6.75 in the period under review.