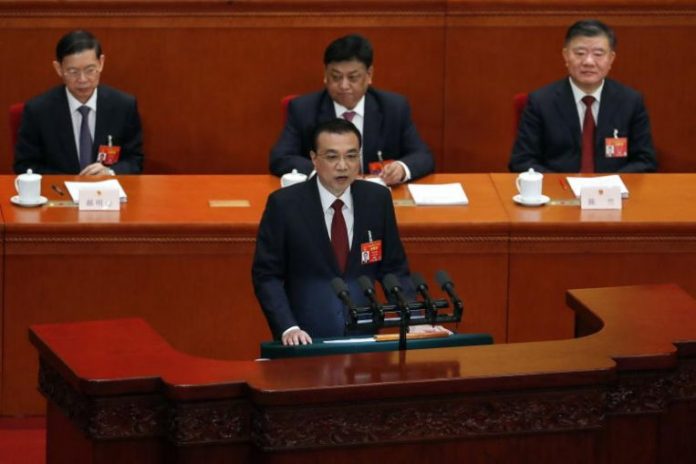 BEIJING: China’s rubber-stamp parliament took up on Friday a draft foreign investment law that could help smooth out trade talks with the US as the world’s top two economies angle towards a deal.

The legislation was presented at a session of the National People’s Congress in Beijing and is expected to be approved on March 15, the last day of the annual parliamentary meeting.

The bill will ban the illegal transfer of technology and “illegal government interference” in foreign businesses, a key point in Washington’s contention that Beijing steals American technology.

The law aims to assuage concerns about China’s business environment for foreign firms, but earlier versions of the draft drew criticism from some business groups.

The law “clearly stipulates that the state protects the intellectual property rights of foreign investors and foreign-invested enterprises and bars the use of administrative means to force technology transfer,” said Ning Jizhe, vice chairman of China’s state planner, the National Development and Reform Commission.

Beijing sees the law as a tool to attract more foreign investment as its economy slows.

Official data on Friday showed China’s exports and imports plummeted much more than expected in February, adding to worries.

Chinese Foreign Minister Wang Yi said on Friday that the two sides have made “significant progress” but he blasted hawks in Washington who have advocated a “decoupling” between the two countries’ economies.