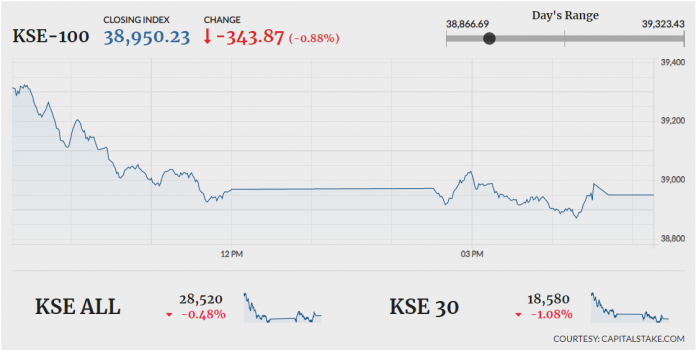 KARACHI: The Pakistan Stock Exchange (PSX) continued its downward journey and was dominated by bears on Friday.

According to latest data released by the State Bank of Pakistan, foreign exchange reserves held by central bank jumped up by 0.99pc on a weekly basis and now stand at $8.12 billion.

According to news reports, pharmaceutical exports increased by 2.72pc in the seven months of the financial year 2018-19. Exports worth $122.181 million were made during the period under review as compared to exports of $118.942 million in the same period last year.